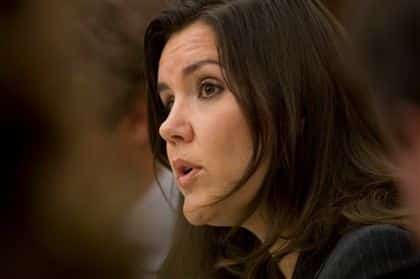 Schoolchildren in Pombal have shown that fears in Portugal over incoming refugees have filtered through to the youngest generations. Quizzing CDS MP Assunção Cristas, as she came on a visit, over the potential danger of Portugal “allying itself with countries fighting IS”, they got little reassurance: “We have to be organised,” she told them, by giving support on the understanding that refugees have not come “infiltrated with other intentions”.

As Diário de Notícias pointed out in its headline, it was the doubt that “Cristas could not clear up”, and indeed the whole theme of refugees dominated half the hour of conversation Cristas had with the children.

The former minister of Sea and Agriculture is one of the ‘favourites’ tipped to take the leadership of her party once long-term incumbent Paulo Portas finally steps down in March.