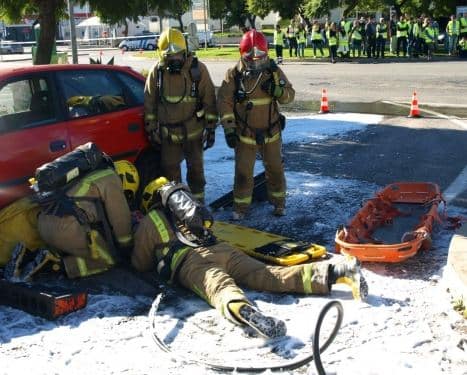 Dear Editor, I’d like to bring to your attention a disturbing matter that concerns all who don’t read, write or speak Portuguese.

I am not alone in this matter and do feel it has a very detrimental effect on business, that is, the lack of cooperation in language sharing between the Portuguese and the non Portuguese.

I had a lovely Portuguese lady cold-call me the other night to try to persuade me to change my telephone service to hers but on discovering I spoke no Portuguese, she was ready to hang up.

I managed to dissuade her and for some time we chatted. Her English was poor and she was ill equipped to deal with some 70,000 expats who maybe she could have persuaded a few.

My point is that this is a major problem as, if I call any major institute, I am faced with, in the majority of occasions, a non-English speaking person.

Even my own home phone has no other language but Portuguese in/on it and the instructions are in a foreign language.

EDP, TMN, Tavira/Lagos/Silves Courts, police stations, water authority, taxation offices, payment centres all have limited or no language policy and when an employee shouts at a non-Portuguese speaking person to learn Portuguese, the problem is only highlighted more (it happened to me twice).

Is it a case of ‘in Rome do as the Romans do’ i.e. learn Roman (Latin) or is it a case of the parties who signed the Lisbon Treaty and Bill of Rights in 1986 to read the small print, the 11th Commandment, ‘’and we will all join together in one big family and we all agree to speak English and we will be known as The European Union and all will be equal’’.

I trust you will accept this not as an expat bleat but as an observation that maybe someone will pick up on in the business world and capitalise on an area where communication is a problem and money is being lost.

This brotherhood we are all members of may well be coming to you soon with a gift of €75 billion to help Portugal move forward in today’s troubled world.

Can you do your bit and help the harmony move on as well? There’s profit here for all nationalities, colours and creeds.

It’s time we said ‘Hello’ and worked together for a mutual understanding.