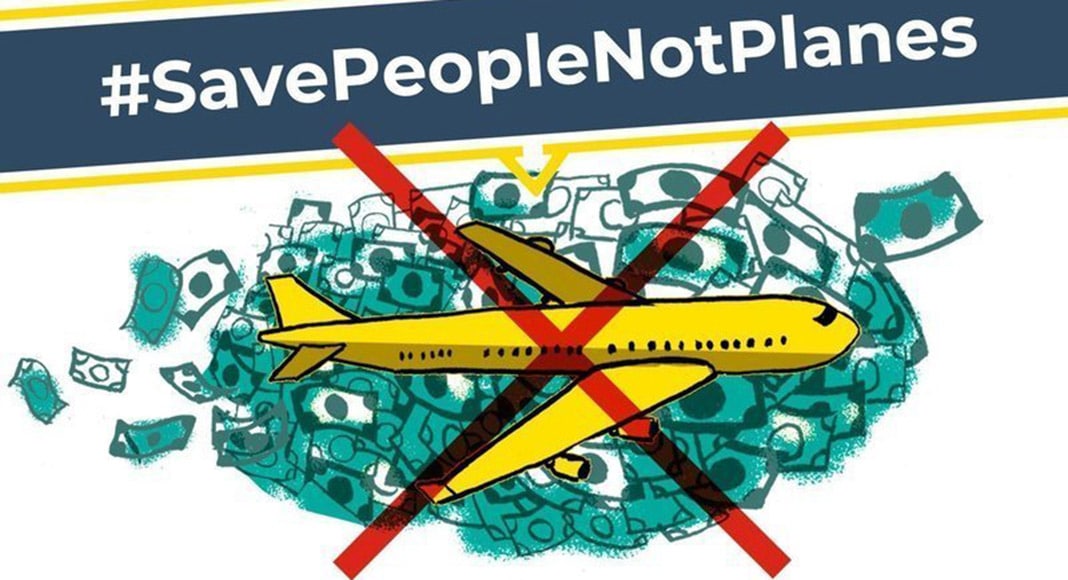 70,000 people have signed a letter to prime minister António Costa supporting the #SavePeopleNotPlanes: Stay Grounded initiative, promoted by 300 environmental NGOs, 15 of them from Portugal.

It’s a three-pronged appeal that seeks to discourage governments from bailing out airlines (TAP for example is expecting a major bailout), impel them into transforming transports – so that they become much more environmentally sustainable – and promoting support to workers in the sector, not shareholders.

Instead, “transports should undergo ecological transformation, reducing the demand for air travel and promote less polluting alternatives like railways”.

The transformation cannot be done overnight, the NGOs accept, but something must be done – and the industry must stop being bolstered by tax breaks. Indeed, hopes are that it will be “progressively taxed on the frequency of flights”.

Talking on the radio to promote the initiative, Alexandre Perteguer coordinating the ATERRA campaign in Portugal said that “the transport system has to change so that we can keep this planet alive”.

One company that is ‘refusing to fly’ if new social distancing rules are enforced is Ryanair.

This is not due to any desire to ‘save the planet’ but more to save Ryanair.

Stressed CEO Michael O’Leary, the low-cost airline cannot make a profit if it operates with every middle seat left empty.

The idea – devised to help promote passenger safety – is “idiotic”, according to O’Leary.

Ryanair currently has 99% of its fleet grounded due to the almost total shutdown of air traffic as a result of the pandemic. The company has already admitted that “extended lay-offs and/or job losses” could be on the cards. British Airways has also placed the majority of its employees on lay-off, while Virgin Atlantic has said that without a bailout it faces collapse.

Airlines everywhere are in similar predicaments, and it may be that the desires of #SavePeopleNotPlanes: Stay Grounded are answered, at least in part, by dint of businesses collapsing.