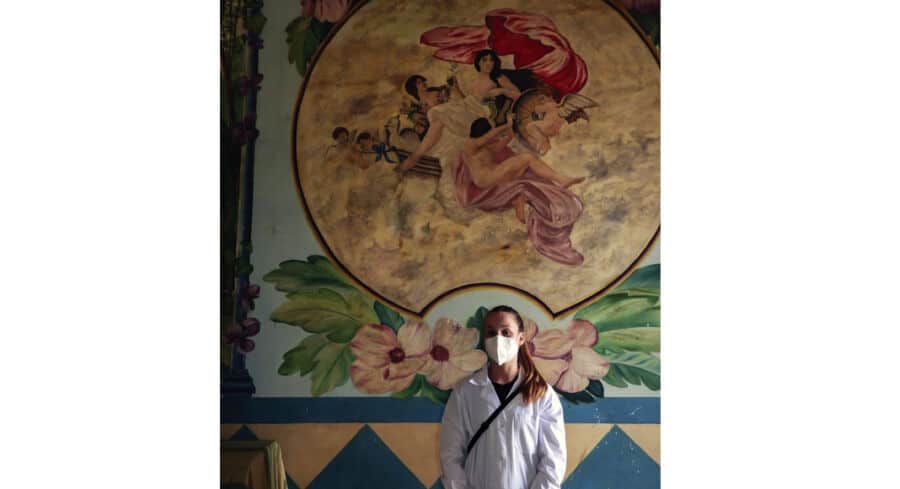 São Brás Museum has recently commissioned the services of locally based architectural conserver and restorer Sentire. Owner Patrícia Varela is currently working on the “lengthy process” of restoring the set of five mural paintings of one its rooms to its former glory.

The first stage of the restoration process is the cleaning. It involves the removal of the old varnish and dirt off the surface area. The cleaning products used consist of a mixture of a gel containing alcohol and pure acetone which is carefully wiped with cotton wool.

“It is a lengthy and delicate process, and it is expected to take approximately two months to complete the first mural,” said a spokesperson for São Brás Museum.

“The murals were commissioned by the first bank manager way back in the early 1920s when the museum was then the local community´s bank.” 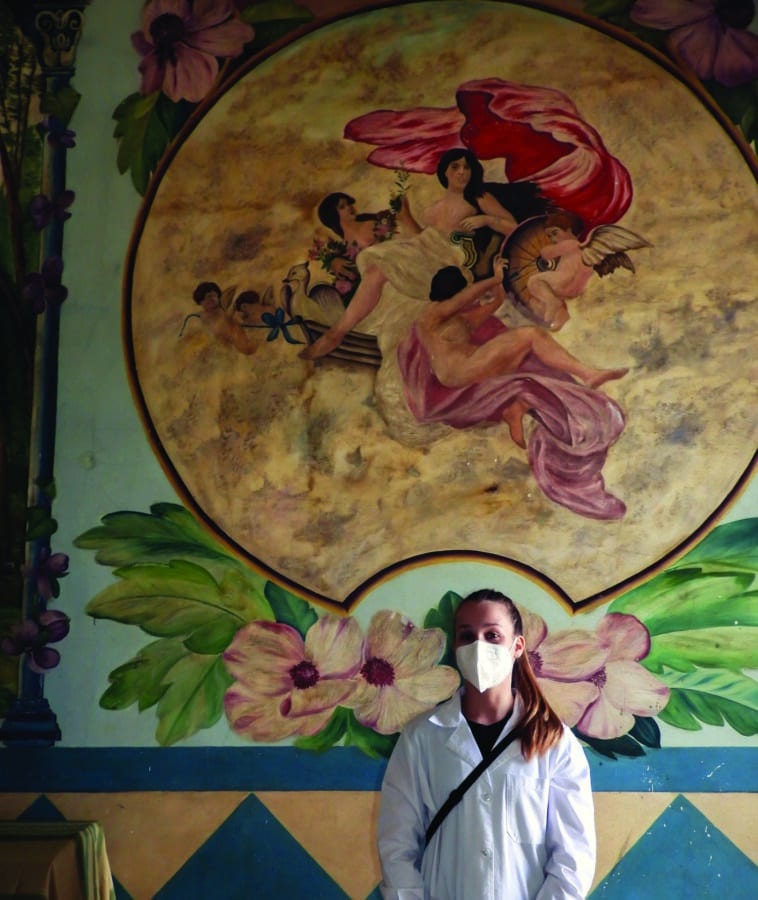 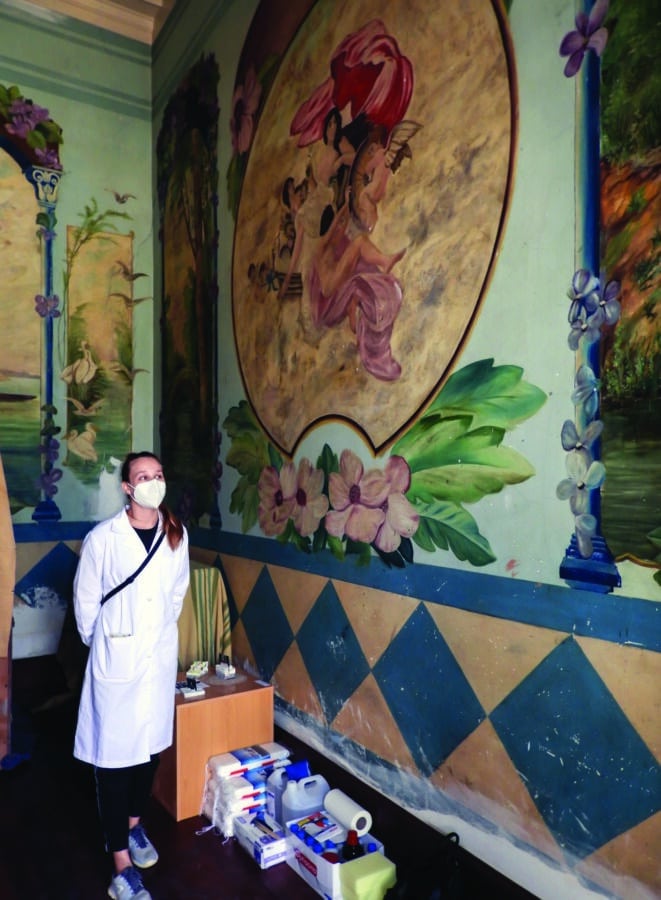