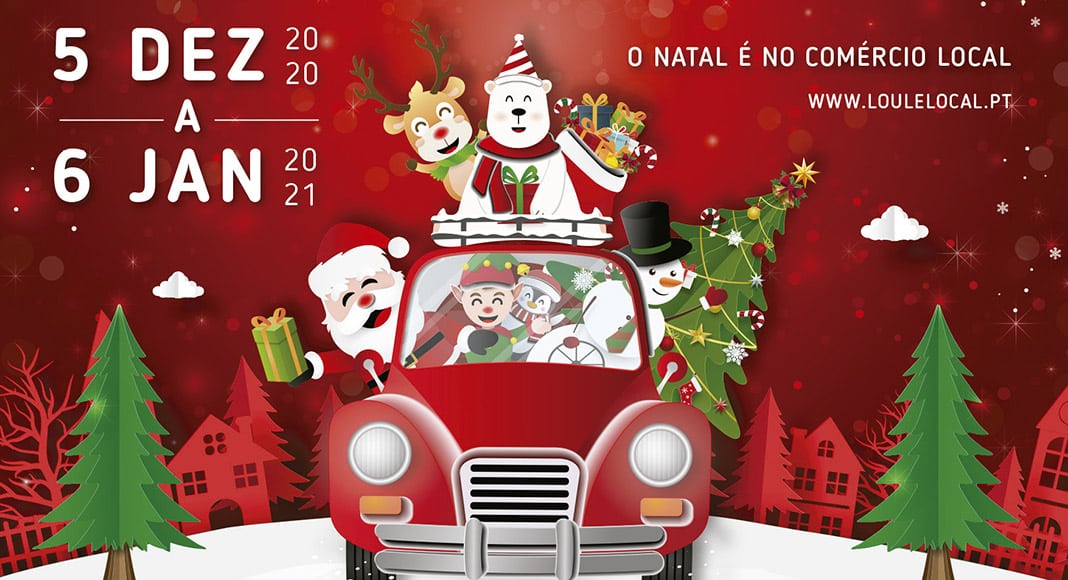 An unusual Christmas calls for an unusual festive programme. This is Loulé’s motto for this festive season, which will feature fewer attractions than usual due to Covid-19. However, Santa will still be parading the borough’s streets this month to help spread some Christmas cheer.

“The programme has been reduced, as has the investment, due to the consequences of the pandemic which are already being felt on a social and economic level in the borough,” said the council.

The priority is to channel most of the money that would usually go into Christmas festivities into measures to fight the effects of the pandemic.

Said the council, “this festive season, and especially this year, we have to support those who are most vulnerable”.

This does not mean that Loulé will be without Christmas attractions.

This Saturday (December 5) will mark the start of the municipality’s Christmas programme with the unveiling of its Christmas lights and a parade which will see Father and Mother Christmas and their elves visiting the town’s streets on their sleigh.

The same parade will take place the following day in Quarteira in the morning and in Almancil in the afternoon, and again on December 19 in Loulé and December 20 in Quarteira and Almancil.

As the council explained, the idea is to give everyone the chance to enjoy some outdoor festive entertainment whilst avoiding large gatherings.

Hopes are that the light decorations and parades will also attract shoppers to the traditional shopping streets.