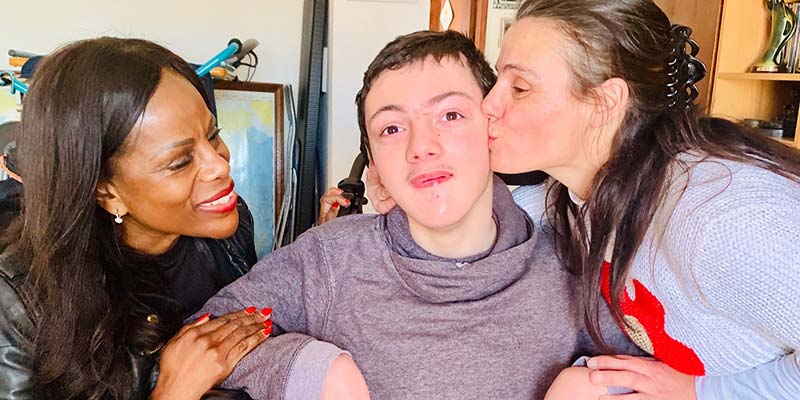 Algarve children’s charity ACCA has recently purchased a new wheelchair for 15-year-old Samuel who suffers from a severe form of epilepsy.

Samuel lives in Faro with his mother Mónica Chastre, who works as a waitress in the hotel industry, earning a low income and being the only source of subsistence for the household.

Says ACCA’s Wanda Crawford: “His mother is a dedicated caregiver who is very concerned about her son’s wellbeing, but her financial means do not allow her to provide Samuel with the care he needs.”

For example, the wheelchair that Samuel was using was not suited to his physical characteristics, both in size and in terms of functionalities, and it did not provide him with the stability and comfort he needed for his quality of life.

By age three, Samuel began to have absence seizures, standing still with loss of contact with the environment. Initially he had one to two crises daily, but later epileptic crises aggravated, with Samuel suffering eight to 10 crises daily.

At eight years of age, he underwent a surgical intervention (total callosotomy) in an attempt to control epilepsy, however, after the surgery, Samuel’s clinical condition worsened, with more and more seizures and even a gradual regression of his skills.

Samuel is currently totally dependent on others as he does not talk, walk or feed orally (he is fed by PEG tube) and has frequent and intense convulsions.

Wanda Crawford said: “As soon as we fitted Samuel to the wheelchair, he calmed down immensely. I can only imagine he felt the new comfort immediately.

“It’s moments like these that make ACCA feel so vital to helping the wellbeing of children in need.” 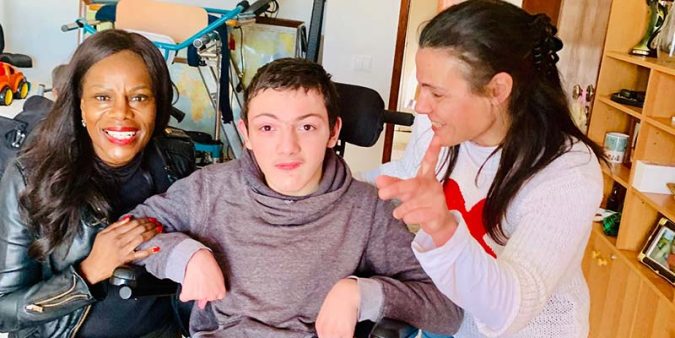