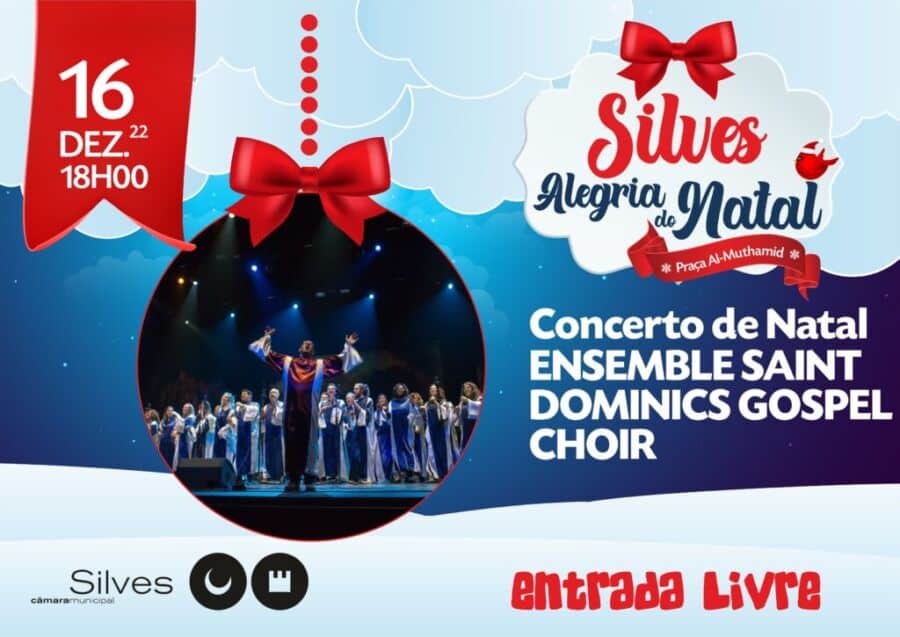 Classic Christmas themes will mark the free concert scheduled at 18:00 this Friday.

Saint Dominic’s Gospel Choir is giving a Christmas concert this Friday, December 16, at 18:00 in Silves’ Praça Al-Muthamid, as part of the “Silves, Alegria do Natal” initiative.

With a career spanning over 20 years, the choir ensemble, founded and led by João Castro, surpassed the 1200 concert mark this year. Over the years, they have performed alongside some of the country’s best-known artists and have gained notoriety with regular television appearances.

In addition to the concert, “Silves, Alegria do Natal” includes numerous shows such as an Orquestra de Jazz do Algarve Christmas concert, a performance by renowned Dutch singer Ilse Huizinga and a Christmas musical based on Charles Dickens’ Christmas Carol. There will also be plenty of entertainment for the whole family, including an ice-skating rink.