Portugal Resident
Home Original Sailing off the coast of Lagos 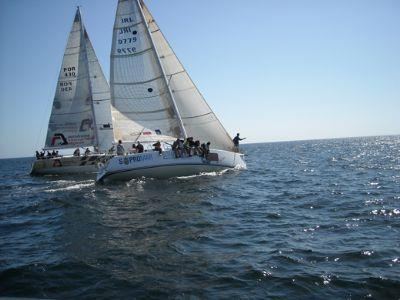 The AXA/MULTI boat, pictured with the Yellow boat, battled it out on the seas off the coast of Lagos for the IRC regional championship of the south, organised by the Sailing club of Lagos.

Ten boats took part over the long weekend of races but it was skipper Gonçalo Silva of the AXA/MULTI boat who managed to lead his crew to a victory in four of the five featured races held between May 1 and 3.