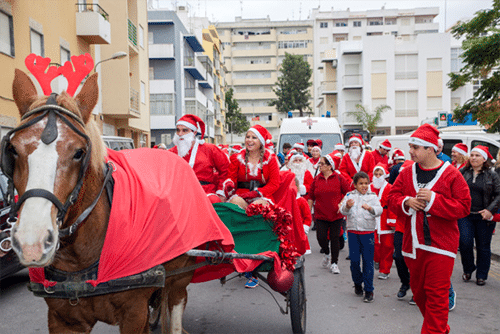 Tavira’s bid to establish itself as Portugal’s sailing capital began on Wednesday with the staging of the Iberian i420-class Championships, which are due to reach their conclusion tomorrow (Saturday).

The best 33 boats from Spain and Portugal and their two-man/ woman crews are competing over the four days to initiate what promises to be a busy five-month schedule of top class sailing events off the eastern Algarve coast.

Next month the Portuguese Junior Championships (April 20-23) are followed by the national i420’s between May 25 and 29.

In June, the Portuguese Youth Championships between the 7th and 12th precede the European ‘Optimists’ and i420 Championships on July 2 to 10 and 20 to 29 respectively.

The ambitious ‘Tavira Sailing’ project headed up by the town’s Nautical Club is being supported by the Montepio bank which has been closely linked with the sport for some time as well as the local council and the Portuguese Sailing Federation.

Furthermore it is hoped that the current initiative will create a momentum sailing enthusiasts hope to maintain at least until 2014 when Tavira will host the ISAF Youth World Championships.