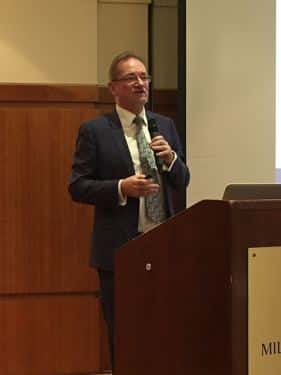 Nature tourism was promoted by Vila do Bispo Câmara at the February Lisbon Tourism Fair BTL.

The Sagres Birdwatching Festival, which last year proved to be a success, is being held again from September 30 to October 2.

Last year’s festival attracted a large international group of birdwatchers and, with the council’s focus on nature tourism, this year’s event is likely to include a more extensive programme of activities.

The Vila do Bispo representation at BTL said they were very pleased with the visitor turn out, which signifies that investment by the Câmara in this tourist product is being seen as a sound strategy.

According to BirdwatchingSagres.com, organisers of the festival, Sagres is one of the best areas in Portugal for birdwatching and the main migratory route for birds of prey.

“Every year, thousands of birds fill the skies above Sagres, attracting birdwatchers from all over the country and abroad. The Booted Eagle, Honey Buzzard, Griffon Vulture and the Imperial Eagle are just some of the species that can be seen here. But this is also a fantastic area for watching sea birds such as shearwaters, skuas and terns,” its website states.

Between August and November, more than 150 bird species can be seen in the Algarve, with October being the most important month for birdwatching with higher numbers of bird species.