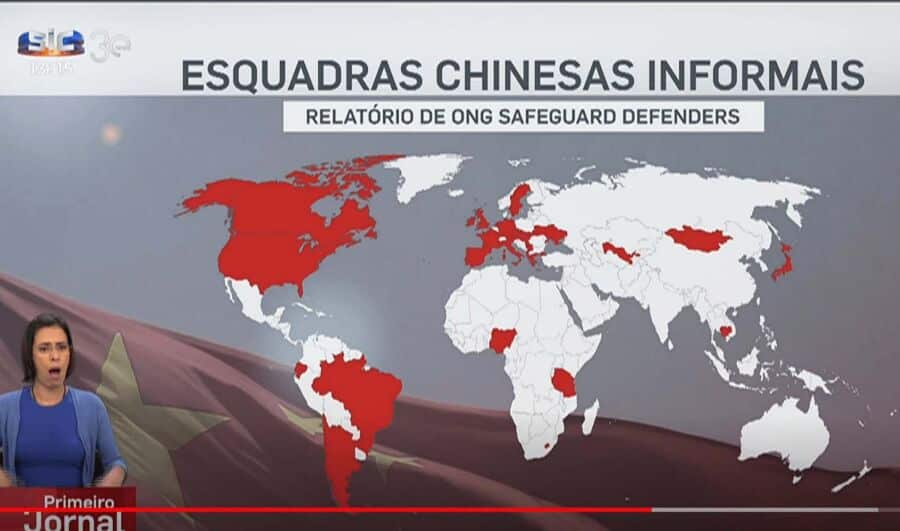 When human rights NGO Safeguard Defenders first went public with its dossier of countries in which Chinese authorities were allegedly running ‘repatriation squads’ – a kind of illegal police force, working for the Chinese Communist Party – authorities in Portugal insisted that they knew nothing about it.

Minister for Interior Administration José Luís Carneiro actually said that even if he did, he would not be willing to talk about such a matter.

Prime Minister António Costa appeared surprised when the subject was first braised in parliament by Iniciativa Liberal leader João Cotrim de Figueiredo, telling him to pass any information he had to the Attorney General’s Office.

Chinese businesspeople living in Portugal meantime denounced the dossier – certainly as it related to three addresses in Portugal (in Lisbon, Porto and Funchal, Madeira), as fake news.

But the NGO is not giving up. It has accused the Portuguese government of “doing nothing to stop the pursuit of Chinese citizens on national territory”.

The mission of these three alleged squads is to ‘detect and expel from Portugal people wanted by the Chinese regime”, says the group.

The news station will be running a detailed report on Safeguard Defender’s allegations later this evening.

According to Cotrim de Figueiredo, when he addressed parliament at the end of September: “There are two Chinese municipalities, and possibly they are not the only ones, that have installed dozens of informal police stations in various countries of the world to monitor, investigate and repatriate under duress citizens of Chinese origin who are resident in these countries. Three of these informal police stations are in Portugal, in the regions of Lisbon, Porto and Madeira, where these activities are carried out without the knowledge of Portuguese authorities”.

“Worse”, said the IL party leader, is the fact that there are “indications that these squads are linked with the network of the so-called United Front Department of the Chinese Communist Party, which is responsible for favourable propaganda to the interests of communist China throughout the world. In other words, we have very serious allegations here from the point of view of human rights; people with residency in Portugal are under threat of being repatriated through force”.