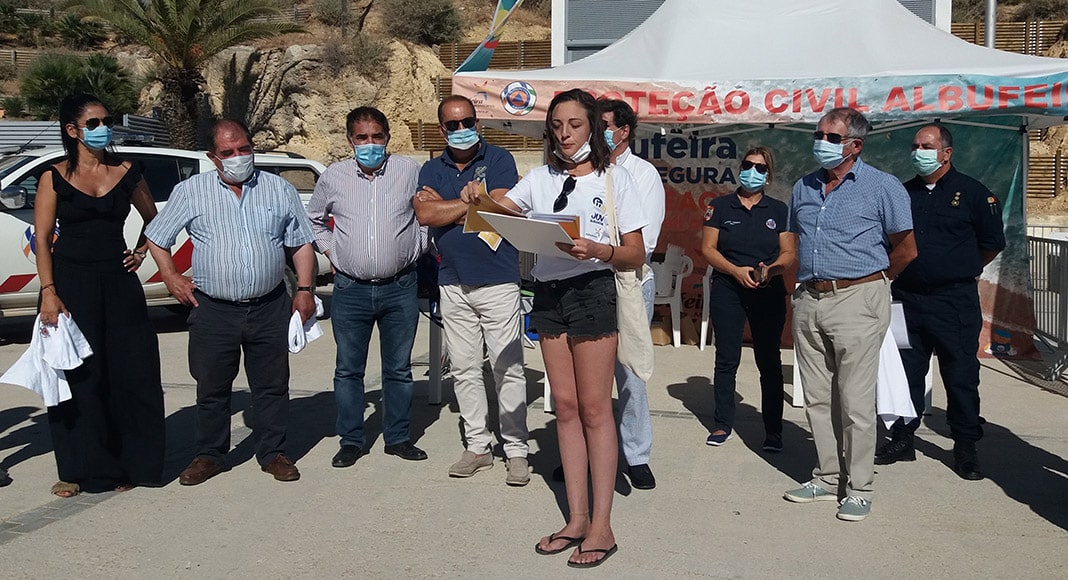 Safe Communities Portugal participated in a Covid-19 public awareness event aimed at youngsters on Sunday, August 16 at Pescadores beach in Albufeira. The event was attended by the Secretary of State for Fisheries José Apolinário, who is also the regional Covid-19 coordinator.

The event was part of a campaign by the National Federation of Youth Associations (FNAJ), entitled “Desconfinar Jovem – A Sua Causa” (Youth Deconfinement For You), which has the support of the Presidency of the Portuguese Republic and is in partnership with district and regional youth associations.

The aim of the event was to alert people to the measures being taken in this phase of the pandemic and to empower young people in the fight against Covid-19, as public health agents.

The event was organised by Roberto Leandro, President of Associação JuvAlbuhera, through Fajalg, the federation of youth associations of the Algarve, whose president is Catarina Ramos. Safe Communities helped in the distribution of protective material (disposable masks) and a personal gift to beachgoers – a beach pillow with the campaign slogan, “The risk is real. Be this summer’s hero!”.

David Thomas, president of Safe Communities, said: “It was a pleasure to see that social distancing on the beach was being generally respected, and that it was within capacity limits despite this being a hot Sunday. Maritime police were patrolling, and a person was apprehended for consuming alcohol on the beach, contrary to the laws in place. The presence of the youth associations, however, and the advice they gave was very well received.

“Another innovative measure was a vehicle with illuminated slogans and audio broadcasts in English, touring the streets and beachfronts, reminding people of the safety measures to prevent the spread of Covid-19. It was apparent that Albufeira is doing much to create awareness both among residents and tourists alike.”

This is the second event that Safe Communities Portugal has participated in, the first being in Faro.

Safe Communities has translated information leaflets into English for the FNAJ so they can be handed out to foreign tourists. 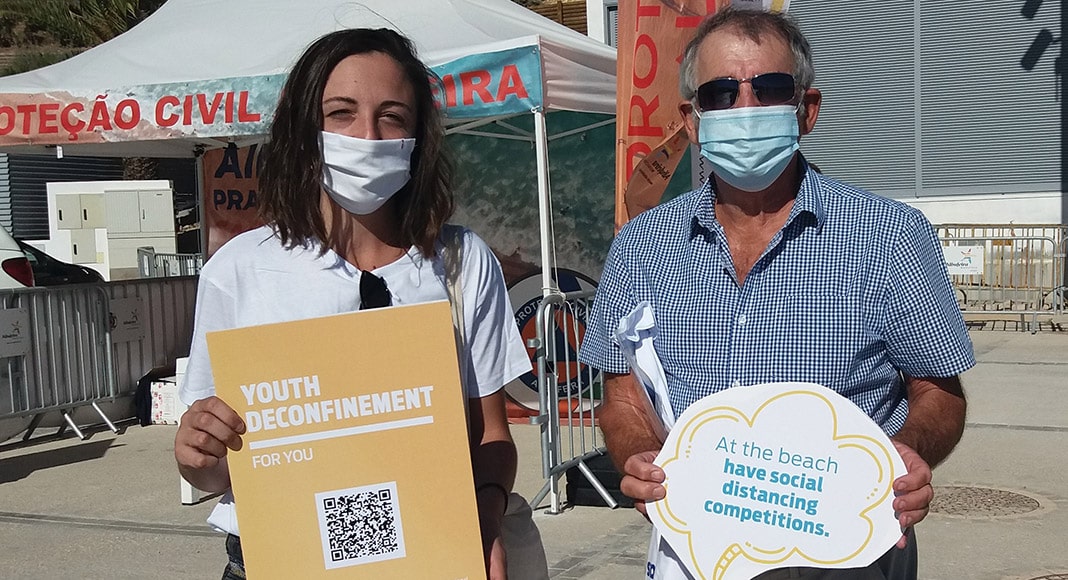