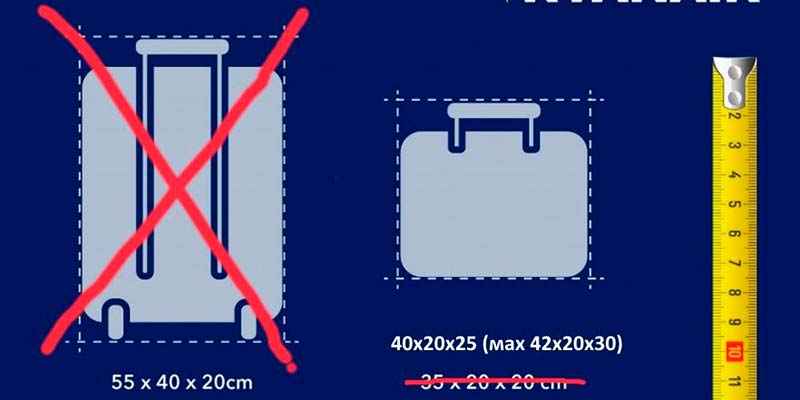 It’s still not clear whether the Irish low-cost airline will change its controversial policy, but the Italian competitions authority has issued Ryanair with a €3 million fine for its recent hike in hand-luggage charges.

Wizz Air, which has also started charging passengers for bags that previously passed as standard hand luggage, has received a fine of €1 million.

The development follows the authority’s request last autumn that both airlines ‘suspend’ their plans, which came into effect last November.

Explains the Irish Independent, the Italian regulator “subsequently opened investigations as Ryanair did not apply the required suspension and because Wizz Air passengers signalled it had not followed the request” either.

The airlines “could have been fined up to €5 million each”, the paper adds

The Italian authority’s concern was that Ryanair and Wizz Air were charging for “an essential element of air transport” and in so doing, providing “a false representation of the real ticket price… misleading the consumer”.

It’s a belief that resonates with flyers who have been forced to fork-out extra for their journeys.

Ryanair and Wizz Air operate several routes in and out of Portugal.

Passengers are still able to travel with a ‘small bag’ (the sort that can fit easily under passenger seats) at no extra charge, but anything approaching the size that used to be allowed has to be paid for, depending on weight.

Ryanair posted major losses for the first time in years last year (a dip of €19.6 million for the last three months), and then in January introduced another raft of new charges, increasing the cost (yet again) for hand-luggage .

Whether the Italian regulator’s fine will now force any kind of reversal in the unpopular charges remains to be seen.