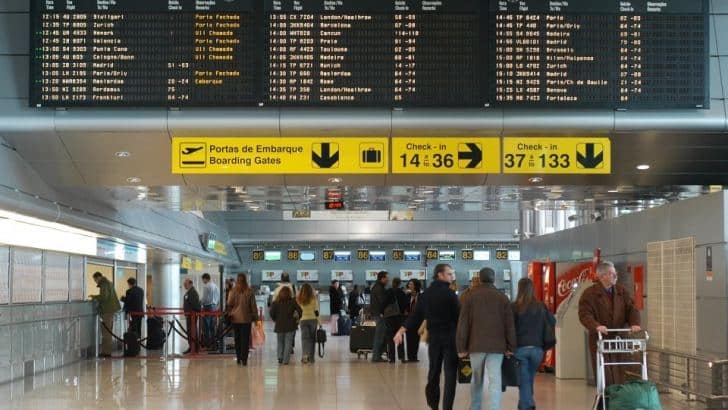 The unprecedented decision by management at low-cost airline Ryanair to negotiate with pilots unions (click here) has seen the strike scheduled by Portuguese pilots for Wednesday (December 20) averted.

Pilots union SPAC released a statement yesterday (Sunday), saying: “The decision by Ryanair to recognise SPAC as the organisation representing its pilots in Portugal and its commitment to starting negotiations with a view to reach a deal have led to this decision”.

Having previously said he would cut off his own hands rather than deal with unions, Ryanair’s chief executive Michael O’Leary intimated on Friday that the company hoped to agree new structures with pilots “early in the new year”.

Subsequent reports have intimated that unions want negotiations to start pretty much straight away.

The Irish independent explained: “For now, pilots and unions remain cautious. They’ve never been in this situation before with Ryanair. It’s like two teenagers fumbling around at the disco for the first time. No one’s quite sure what to do or what happens next.”

“But it’s clear that for pilots and trade unions, this is a momentous shift in attitude by Ryanair. But what will be the outcome? What will Ryanair yield to? Will both sides be able to have constructive negotiations that can achieve acceptable results for both sides?

“And make no mistake, the floodgates are open”.

Cabin crew and baggage handler unions are in the wings, just waiting to see what pilots achieve, and working out the best way forwards for their own purposes.

Says the paper, it “all leaves one big question: what now for Michael O’Leary? He’s been an exceptional businessman, certainly one of Ireland’s most dynamic ever” but this year – with the damage of last Autumn’s ‘flightmare’ and ongoing conflicts with pilots – has already seen millions of euros wiped off the airline’s stock market valuation.