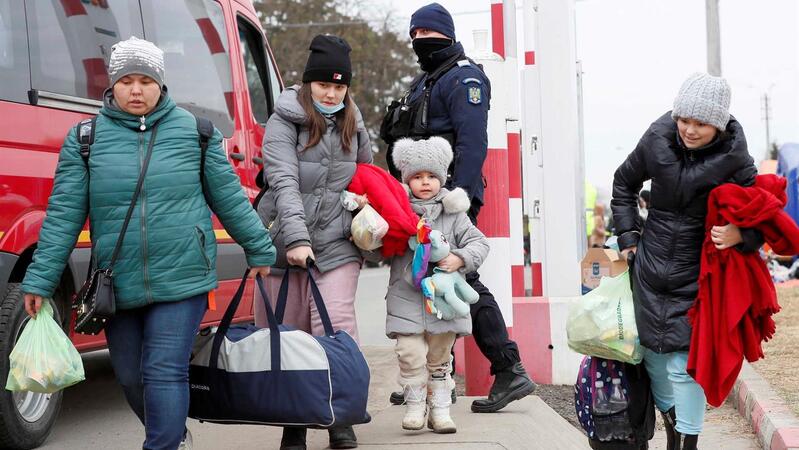 Expresso reports on unsettling experiences of refugees in Setúbal

Following the worrying report of six NGOs directly connected to Moscow pretending to be Ukrainians and supporting refugees in Portugal, Expresso has run an exposé focusing on the situation in the communist municipality of Setúbal.

According to the paper, Russians are working in the ‘gabinete de apoio aos refugiados’ (refugee support office) – ‘welcoming’ exhausted Ukrainians in Russian and asking questions like “where is your husband? What is he doing in Ukraine?”

The two Russian nationals cited by Expresso are husband-and-wife team Yulia Khashina and Igor Khashin. The former is employed by the town council, the latter is not. Yet it is Igor, says Expresso, who appears to have been ‘on the computer’ in the office, registering the personal details of around 160 refugees.

Earlier this month, Igor Khashin was one of the names highlighted by Lisbon’s Ukrainian ambassador Inna Ohnivets who alerted media sources to the risk of espionage in having Russians receiving refugees who, certainly in Igor Khashin’s case, are known to have “very close links to the Russian embassy”.

The net result of this situation has seen PS councillors call for Ukrainian nationals to substitute the work currently undertaken by Russians – PSD members of Setúbal council to ‘ponder’ asking for the resignation of the communist mayor André Valente Martins and national parties (PSD and Iniciativa Liberal) call for him to address parliament.

In other words, the slow-burning controversy has suddenly reached boiling point.

A statement from Setúbal’s mayor is expected later today (see story to come on main menu).

For now, it seems that Expresso’s story is being ‘poo-pooed’: the questions about husbands were ‘never made’ – and Ukrainians that have found themselves confronted by Russians in the ‘gabinete de apoio’ have never transmitted any unease to the authorities of the town council.

As for the copying of personal documents (giving names and addresses of Ukrainian women’s husbands who have remained in Ukraine) these “comply with all the technical requirements inherent in social attendance”. Confidentiality is ‘obliged’ and “to suggest there could have been any breaking of this confidentiality is an unacceptable insinuation which the town council repudiates and will repudiate with all means possible”.

The trouble with this story is that it comes on the heels of the wider PCP communist party showing clear support of Russia and quite virulent feelings towards Ukraine’s president Volodymyr Zelenskyy.

More information is likely to come as the bottom line is that Ukrainians fearful of Russian retaliation will almost certainly not be opting to ask for temporary protection within the communist borough of Setúbal.

Since this story went online, Pavlo Sadokha, president of the Association of Ukrainians in Portugal, has told CNN Portugal these issues are not confined to Setúbal.

He says there are similar stories coming out of Aveiro, Montijo, Gondomar and Albufeira.

“We have been raising the alert about institutions and organisations in Portugal directly connected to agencies of Russian propaganda and the Russian embassy for years”, he said.

Quarteira to get new market and revamped casino