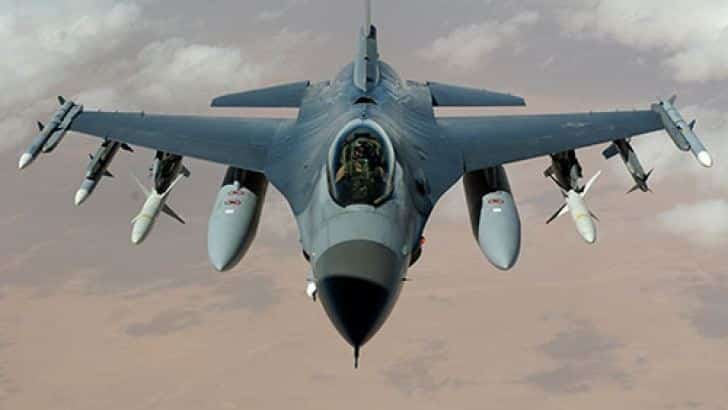 The cat-and-mouse game over Europe between Russian war planes and NATO fighter jets has prompted commentators to speculate whether it is all a gigantic plot to drain national air forces of fuel.
The latest antics over the Algarve would suggest that it could be.
Russian Tupolev bombers “overflew” international air space under Portuguese jurisdiction for the second time last week, pushing further into national territory and only turning back after flying as far as Sagres.
The new incursion saw Portuguese F-16s based in Leiria racing to intercept, but this time both fighter jets ran out of fuel.
A third was bring scrambled as the Tupolevs turned back, leading one Portuguese leader writer to conclude “Russia’s strategy is to lead us all into bankruptcy!”
Correio da Manhã deputy editor Miguel Ganhão added: “If they continue with their flights over national territory, we won’t have any money left to fly our planes”.
Official reactions however centre on the fact that the Portuguese Air Force is ready.
Defence Minister Águiar Branco repeated his affirmations of earlier in the week, saying the F-16s action could be seen as a success. “It shows that the system worked once again, and it has to work whenever necessary”, he added, making no reference to the issue of fuel.
Meantime, the war games continue with air forces throughout Europe on high alert after 19 Russian military planes were intercepted over northern Europe and Turkey on Wednesday alone.
Nato’s chief Jens Stoltenberg told a press conference on Thursday: “We are increasing air policing as an answer to the increased air activities we are seeing from Russia”.
Russia’s “unusual air manoeuvres” have been interpreted as the super-power’s reaction to the effects of the recent trade embargo imposed over Russian incursions into the Ukraine. But the truth is that Russia began upping the ante two years ago.
As Nato assures it is “investing in high readiness” and “new capabilities”, Sky News reports that German chancellor Angela Merkel has played down the problem, saying she is aware of it, but “not worried”.