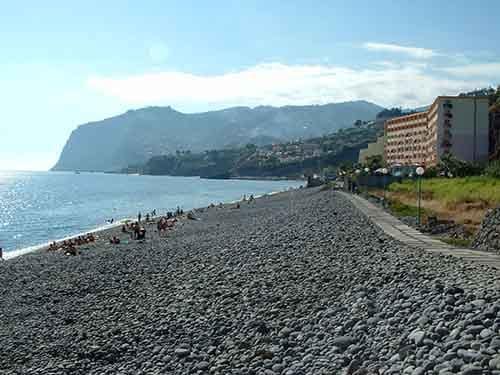 Mystery surrounds the discovery of the body of a 63-year-old Russian tourist, floating “inanimately” in front of Madeira’s Pestana Bay hotel, on the picturesque Praia Formosa.
For the time being, police are keeping an open mind. The man’s body will be taken for autopsy to confirm cause of death and then, with luck, authorities will be able to piece together events that led to the tragedy.
According to Público, the man was on holiday on the island with his wife.
As soon as his body was spotted, a beach lifeguard from the nearby Doca do Cavacas natural pools complex brought it ashore, but all efforts to reanimate were in vain, said the paper.
Maritime police are investigating.