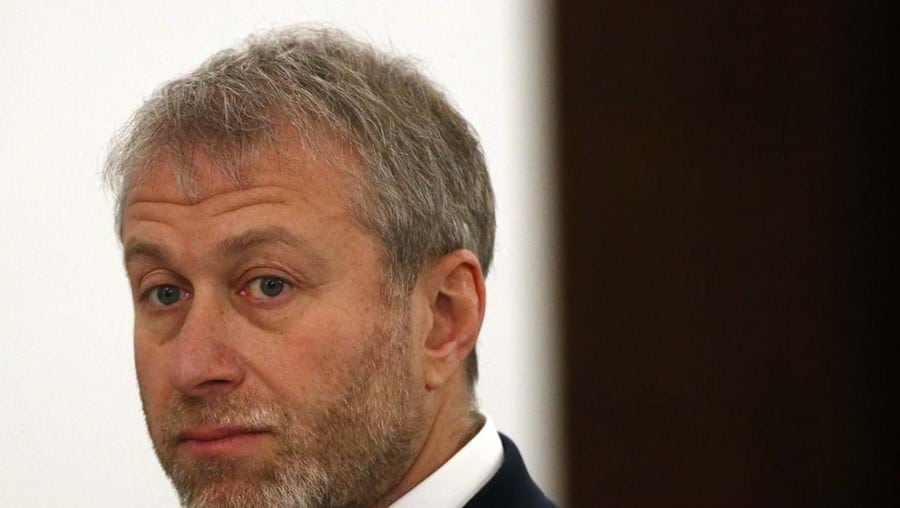 Portugal’s probe into whether strings were pulled to gain Russian oligarch Roman Abramovich Portuguese nationality has moved into new territory, thanks to an anonymous set of documents appearing online.

According to Expresso, these documents claim rabbi Alexander Boroda, president of the Federation of Jewish Communities in Russia, “is the confidant of Putin responsible for signing the documents of certification” that led to Roman Abramovich being ‘recognised’ as having links with Sephardic Jews persecuted in Portugal over 500 years ago.

Expresso says it has seen the documents in which “the rabbi confirmed that Abramovich ‘preserved a sentimental link with Portugal’, ‘is a member of the Sephardic Jew community’, ‘has Portuguese ascendancy’ and is ‘a Portuguese Sephardic Jew”.

“These documents allegedly constituted the proof that led the Jewish Community of Porto to certify the Russian oligarch’s Sephardic roots” and to him acquiring Portuguese nationality, thanks to the possibility enshrined in the (2015) law, says the paper.

But, as it explains, the ‘guarantees’ made by rabbi Boroda are backed by “no evidence to show Abramovich is, in fact, Sephardic”.

And the only other document that proves he made no further payments (to get his Portuguese nationality) is a copy of a bank transfer” (the ‘normal’ transfer required for applicants applying for nationality in this process).

The links between rabbi Boroda and Vladmir Putin are known to be ‘close’, says the paper.

At the beginning of the Russian invasion of Ukraine, Boroda was interviewed by Russian news agency Interfax and showed “bewilderment at the fact that neo-Nazism was actively asserting itself in a country like Ukraine”.

He also said “it is difficult to understand that in Ukraine, where there is a fairly large and largely prosperous Jewish community, the glorification of criminals responsible for the death of the ancestors of those Jews is going on in parallel.”

Rabbi Boroda even accused Ukraine of having “opposed a UN resolution on combating the glorification of nazism and neo-nazism”.

According to an article in the Jerusalem Post, Rabbi Boroda “is considered to be the second most influential Jew in Russia, and in the Jewish community there, working hand in hand with Chief Rabbi Berel Lazar. Both of them are members of Chabad” (one of the largest Jewish organisations in the world) “and are considered confidants of Putin.

“Most Russian rabbis and leaders have been exceptionally quiet during the current war with Ukraine, therefore Boroda’s statement is out of the ordinary”, the JP continues.

To SIC television news, the rabbi simply affirmed that he has known the family of Roman Abramovich for almost 30 years.

“I have links with his uncles, with whom I speak on family traditions and I have seen the family tree. The connections are through Hamburg and the roots of his grandmother and grandfather are from Lithuania. There are very similar traditions to those of Portuguese Jews.”

Documents and Lack of Proof

But other than rabbi Boroda’s assertions, there is no ‘proof’.

In one of the documents appearing mysteriously online, Spanish rabbi Baruch Garzón alleges to have proved that the name Abramovich is not only a surname of Sephardic origin, but that Roman Abramovich has “practiced Sephardic customs since infancy” which shows “a commendable attachment to the memory of his Sephardic ancestors”.

The most relevant document uploaded (by whom no one appears to know) is the one signed and handwritten by rabbi Daniel Litvak, the spiritual leader of the Jewish Community of Porto – and the man at the centre of the PJ inquiry – which “says clearly that Roman Abramovich has Sephardic origins as attested by the Great Russian Rabbinate, and by one of the most important Jewish authorities, due to the presence of surnames on the paternal side and Sephardic surnames”, says Expresso.

Again, there is no evidence to prove these affirmations.

Rabbi Litvak “simply repeats that the Russian has ‘family memory as attested by Rabbi Lazar’ (referring to Berel Lazar, chief rabbi of Russia and a personal friend of Vladimir Putin).

“Litvak adds that one of the reasons for not doubting Abramovich is the fact that he has no material interest in Portuguese nationality. His grandparents lived in Lithuania. Lithuania is part of the European Union. He could have claimed Lithuanian nationality which he did not want in order to protect the privacy of his children” (who do have Lithuanian nationality).

The fact that this argument does not make a great deal of sense, doesn’t preclude from the fact that the documents online wholly back the story given by the Jewish Community of Porto as to why it certified that Roman Abramovich qualified for Portuguese nationality.

The community has said the current PJ investigation is “a waste of time and money for the State and based on anonymous accusations”.

“Regardless of whether or not people like the law that grants Portuguese nationality to descendants of Sephardic Jews of Portuguese origin, the Jewish Community of Porto has been accused of the same millenary anti-Semitic myths that led to pogroms, the inquisition and the shoah (another word for the Holocaust)”, says one of the documents posted online.

How these new papers will affect the PJ inquiry into this affair remains to be seen. They could be considered a situation of “the lady doth protest too much” – in that it has already been made very clear that under ‘new rules’ for authentication of Sephardic Jew descendency, Roman Abramovich would not have qualified for Portuguese nationality.