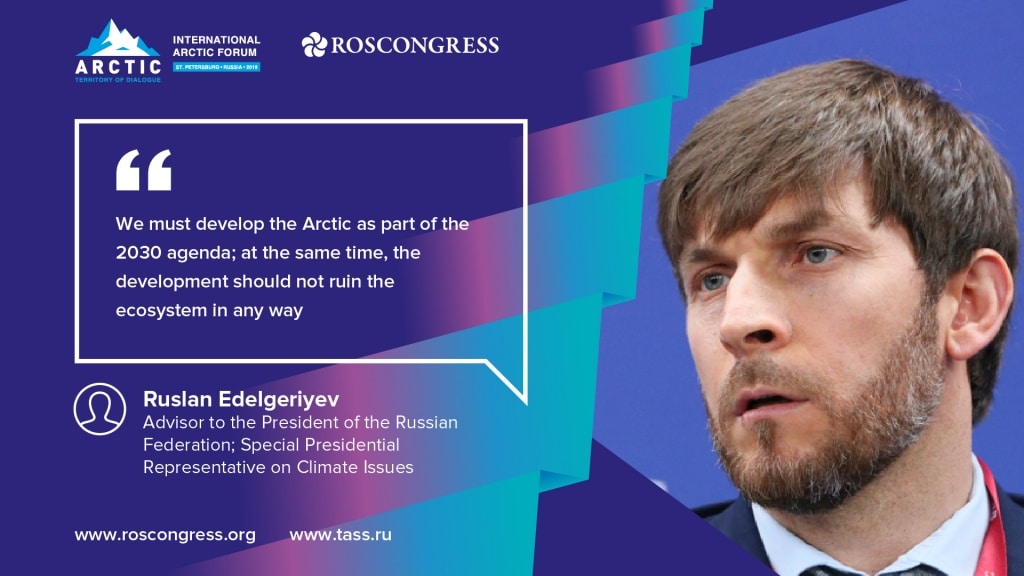 The Portuguese government has been taken on the hop by Russia’s choice of representative for the UN Oceans Conference, starting in Lisbon in 10 days time.

According to Expresso, the executive had been hoping that the Russian representative might be the ambassador in Lisbon – a ‘softer choice’ than Vladimir Putin’s advisor at the Kremlin, Ruslan Edelgeriyev – a former prime minister of the Chechen Republic, and, according to the paper, a “faithful follower” of the Russian president whom the Americans describe as a ‘hardliner’.

“Putin’s choice (in sending Edelgeriyev to Lisbon) creates two immediate challenges for the Portuguese government”, says the paper. “One is about security, the other is diplomatic: after the start of the war, with growing accusations of war crimes committed in Ukrainian territory, the international community took steps to isolate Russia, even from entities with the United Nations. Suspended from the human rights committee, there were also moves to isolate Moscow diplomatically with the climate space: the Umbrella group – a negotiating bloc of developed countries that includes Australia, Canada, Japan, Iceland, Israel, New Zealand, Norway, Ukraine and the USA – announced that Russia and Belarus would no longer be welcome in ongoing negotiations”, Expresso continues – adding that the ‘energy war declared by Russia in recent months, cutting off gas supplies, has not helped improve the diplomatic climate’.

“But António Costa believes his hands are tied”. His instructions have been to “receive the Russian delegation without constraints”.

At a press conference on Wednesday, where he presented the objectives of the conference, minister for foreign affairs João Gomes Cravinho confirmed the Russian delegation would include “an envoy from the Kremlin, and made it clear the Portuguese government did not feel it had the margin to refuse any kind of Russian presence”, says Expresso.

Indeed there is a specific clause in the sanctions of the EU which excludes cases like these – and the sanctions are “binding” for Portugal: it could hardly decide any differently than it has.

As has already been reported, 193 countries will be sending delegations to the UN Oceans Conference. Participants will include “17 heads of State and government and many tens of ministers”, said Gomes Cravinho.

The objective of the event – postponed since 2020 due to the pandemic – is to address threats to the oceans (loss of oxygenation and consequent acidification which destroys biodiversity), marine pollution and forms of the blue economy that would allow exploitation of resources without depleting them.

“After joining the Paris Accord in 2019, Putin’s representative a year ago described the redoubled ambition of world leaders to reduce greenhouse gas emissions as an “irrational race”. Moscow would be focusing only on commitments already in place. In other words, it would focus on achieving carbon neutrality by 2060 – “10 years after the EU and the USA”.

“Overall, Russia has a serious problem communicating its positions on climate issues”, environmental journalist Angelina Davydova, cited by Expresso, has written. “Even though the country has seriously revisited its approach in this area, it remains mostly quiet in the international arena”.

Yet Ruslan Edelgeriyev has not long ago called for urgent action on climate change, “including taking more substantive steps to reduce dependence on fossil fuels”.

He told a press conference following the devastating fires in Siberia – which were still burning when Russia invaded Ukraine in February: “Some people believe that forest fires are a natural phenomenon. … I believe that we can’t afford to assume that they’re burning as part of a natural process — it’s necessary to intervene and ensure that the forests don’t burn.”

Thus, one could argue, there is sense in António Costa’s decision to open Portugal’s doors to the Russian delegation. It may not be a case of ‘hands being tied’ but more minds being open.