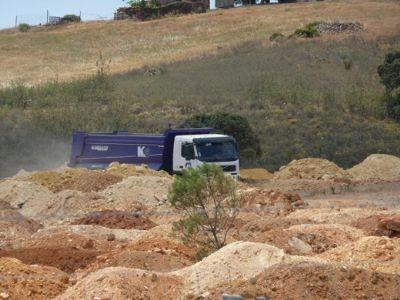 Algarve Motor Park has been accused of causing “unbearable noise, intense lighting at night, smog and other environmental disturbances” by local residents.

One protester, who asked not to be named, told the Algarve Resident: “The racetrack has deteriorated our day-to-day quality of life. Some of us living in the area are not willing to stay silent any longer as racing activities grow and living conditions for residents fall.” A group of concerned residents has now started a petition against the noise levels at the racetrack and they have already gathered more than 220 signatures against the Algarve Motor Park.

“We hope to attract more than 100 people to the next protest meeting. This shows just how many people have been affected by the motor park,” said the protester.

Meanwhile, a British resident in the area has also started a petition to stop the construction of a possible motorbike track near her home in the Alcalar area.

Margaret Ruddy told the Algarve Resident: “We are organising a petition to be presented to Portimão Câmara concerning the illegal construction of a motorbike circuit near Senhora do Verde and behind Morgado Golf.”

On Tuesday, Margaret said that one lorry per minute was arriving fully loaded with sand and shale material to dump at the site.

It is unclear who the project belongs to, but claims have been made that Portimão Câmara is involved and that the material being dumped on the site is coming from the construction of a shopping centre in the city.

“I have spoken to my lawyer but he is unwilling to touch this case against the Câmara because he doesn’t want his career to be affected,” she said.

Residents in the area are also concerned about rumours of an airport being constructed near to the racetrack.

“If this happens as speedily as the racetrack, then we need to react now. The effect upon our daily lives will be catastrophic,” said another protester, who also asked not to be named.

At the time the Algarve Resident went to press on Wednesday, no-one was available from Portimão Câmara to comment.

Another British resident, who also asked not to be named, wanted to make it clear that they are not against progress.

“We think that some of the projects in Portimão are great, such as the film studios and Technology Park but we don’t want our home to become a theme park with so much noise pollution that residents suffer.”

If you would like to meet with other residents who are opposed to the racetrack and further developments in the area, then you are invited to the next meeting against the Autódromo do Algarve on June 8.

The meeting will be held at Alcalar, Aldeia São José at 7pm.  Please be aware that to be able to sign the existing petition, residents need to bring an identity card or passport and their fiscal number.

For further information about the protest, please call 282 492 312 or visit http://againstnoise.blogspot.com.