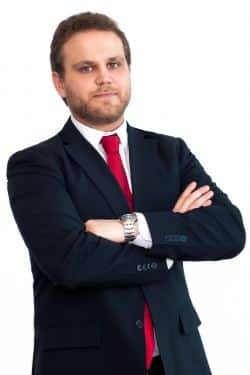 Residents in Sitio da Torre near Almancil have successfully managed to halt works to construct a high voltage power line outside their homes by electricity company EDP.

Part time resident and retired commercial lawyer Keith Harrington told the Algarve Resident: “I returned from the US to my property in Sitio da Torre on the evening of March 1.  The next morning I got up and then I saw it.  It was like being punched in the stomach as the first section of a huge electricity pylon had been constructed immediately outside my boundary. I was completely distraught.”

After the initial shock, Keith Harrington contacted his neighbour Brendan Peters to discuss what could be done about the pylons which were in the process of being constructed.  Keith Harrington had not been given any specific notification that high voltage power lines were to cross his garden while his neighbour had not been listed on the EDP list of affected properties.

“To be honest, we were feeling totally helpless and depressed. I had a feeling that it would not be long before the rest of the pylon went up and I was not disappointed as the next morning a crew of men constructed the remainder of the pylon,” said Keith Harrington.

EDP had been authorised by the Direcção Regional da Económia (DRE) to construct a power line, however land owners affected by construction are able to launch a complaint with the DRE which leads to the works being halted until an enquiry has been completed.

A meeting between the neighbours affected led to Brendan Peters and Keith Harrington travelling to Lisbon for legal advice and an official complaint was launched by the neighbours through their legal team on March 23 which led to the halting of the works.

Keith Harrington said: “We were thrilled and relieved at this result and intend to take full advantage of the enquiry to examine in depth EDP’s case as to why they chose to come through our properties as opposed to taking an alternative route.

“Not only are the pylons unsightly, there are questions as to whether high voltage power lines can affect the health of people living close to them.  This is only a question but there is a lot of evidence to suggest they may affect health, but nothing unequivocal.

There is also the loss of value to the properties on account of the power line.  We have consulted a leading firm of valuers in Lisbon and while I cannot give the figures, I can say that the potential loss is substantial while our lawyers have serious doubts about the legality of the procedures adopted by EDP.”

He added: “We are not looking for a fight. We are quite happy to enter into a dialogue with EDP, but if they try to force the current scheme through then we will meet them head on.”

While the pylons remain erected, unfinished and within metres of properties, the case is now being considered by the DRE before an enquiry is held to decide the future action of the entire route of the high voltage power line.

The Algarve Resident contacted the Ministry of Economy, under which DRE falls, for a comment but was told REN (Rede Eléctrica Nacional, responsible for EDP) would be the authority dealing with the matter. REN was then contacted but had not responded to our questions at the time of going to press.