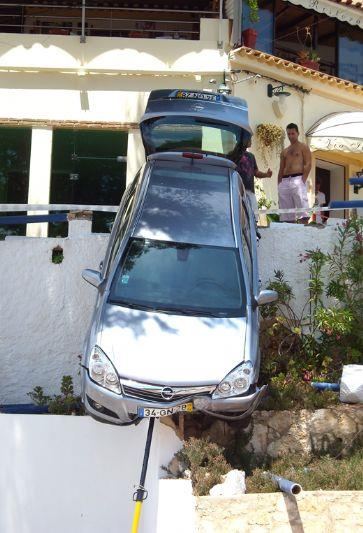 A 20-year-old Brazilian woman was taken to hospital last Friday after she was injured attempting to stop a runaway car along a street in Carvoeiro on June 26.

A GNR spokesman told the Algarve Resident: “The woman, who works at a local pizzeria, saw her boss’s empty car, which had not been parked correctly, moving along Rua Povo do Burro and went out with a colleague to try and stop it.”

The spokesman added that the vehicle began to pick up speed and the woman was dragged down by it before it stopped on top of a wall. “She was taken to Barlavento hospital in Portimão and the GNR organised for the heavily damaged car to be removed,” said the spokesman.

The woman was discharged from hospital the same day.