The artisans were Sofia Correia and Christopher Whitelaw from Poeta Azul, Valentina Miguel from Ti Marquinhas and António Chaveca da Luz from A Arte de Trabalhar a Cortiça.

Sofia Correia and Christopher Whitelaw are the founders of Poeta Azul. The couple’s background is as interesting as their creative pieces. The married couple, who are architects, met in New York as students. Sofia is Portuguese and her husband American.

After living in the USA, they decided to move their family to the Algarve, where Sofia has her roots. Inspiration to create their brand came from the Algarve’s traditions, with the couple combining technology with handcrafts to develop it.

Some of their inspiration came from the museum itself such as its tiles. Their products range from stamps, cards, coasters and bookmarks. The materials they use to manufacture their products include Burel wool from the Bordaleira sheep, red clay that is used in the manufacturing of the traditional Alentejo dishes, paper that is sourced from a company in central Portugal that has been in operation for 300 years and, last but not least, cork, chosen because of its extraordinary qualities and numerous applications.

Valentina Miguel is the founder of Ti Marquinhas. She is a confectioner who bakes cakes and sweets using local products grown in the São Brás region. Her range includes savoury and sweet varieties. Valentina elaborated on the region’s confectionary, which is popular over the Easter period, and showed a variety of confectionery of her own creation.

António Luz is the founder of A Arte de Trabalhar a Cortiça. He creates and manufactures a variety of products using local cork, for which São Brás is famous.

Some of the items from his range include walking sticks, bowls, bottles for wine, olive oil and vinegar, and ornaments. Items that are designed to retain liquids such as coffee cups are lined on the inside with an epoxy resin.

António conducted a live demonstration showing how he makes a statue of a wild boar out of cork. 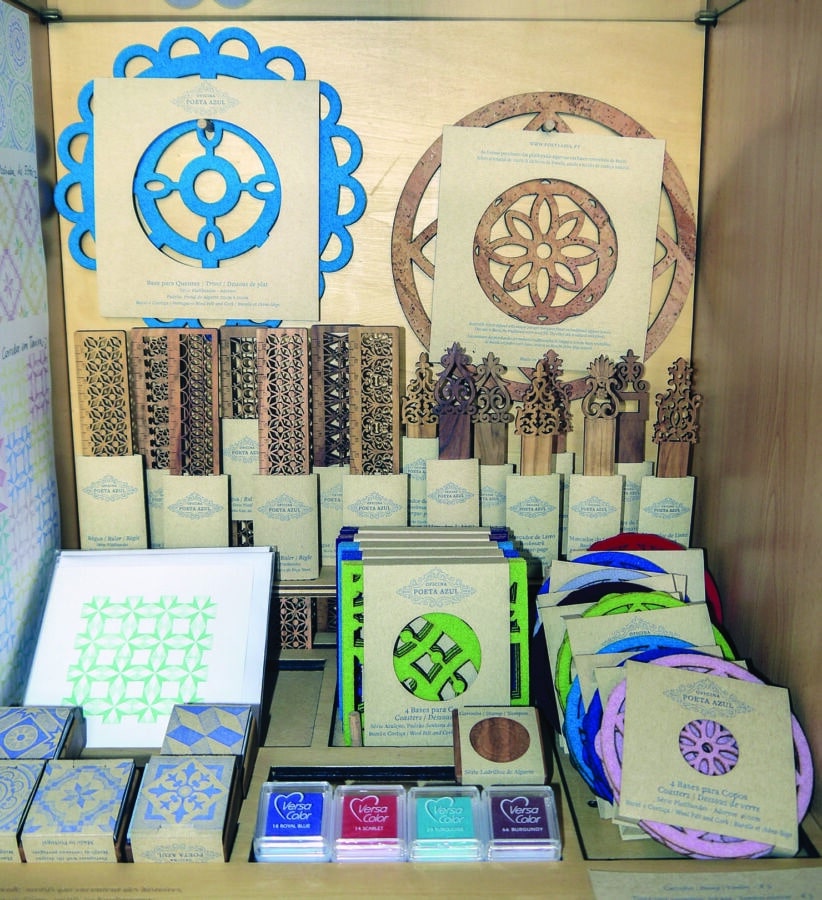