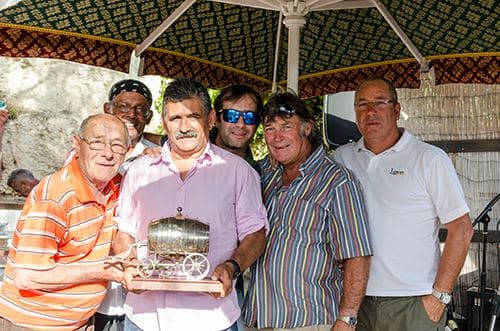 Tourism and cultural entities in the Algarve and Andalucia (Spain) have joined forces to develop a project that aims to raise awareness about the heritage left behind by the sea explorers of the 15th, 16th and 17th centuries in those regions.

The initiative, entitled European Route of the Discoveries (Rota Europeia dos Descobrimentos – DESCUBRITER), includes information about all aspects to do with culture, history, marine navigation, the explorers and sea travel traditions.

Supporting the project are the tourism boards of the Algarve and Seville, among other entities, which are working together to develop several activities for the public, including a virtual museum, promotional actions aboard the Spanish Nao Victoria and the Portuguese Boa Esperança caravel, replicas of original vessels, a monthly newsletter and a website, www.descubriter.com/en

In the 15th century, several sea exploration expeditions set off from the Algarve down the African coast, thus starting Portugal’s Age of the Discovery. Lagos, Vila do Bispo and Sagres are strongly linked to Henry The Navigator, an important figure in the early days of European exploration and maritime trade with other continents. Between the 15th and 17th centuries, the territory of the Iberian Peninsula, located between Cape St Vincent in Sagres and Sanlúcar de Barrameda (Cadiz, Andalusia), became the birthplace of the Discoveries, centralising all of the maritime expeditions destined to explore the world.

The DESCUBRITER initiative is budgeted at €560,000.