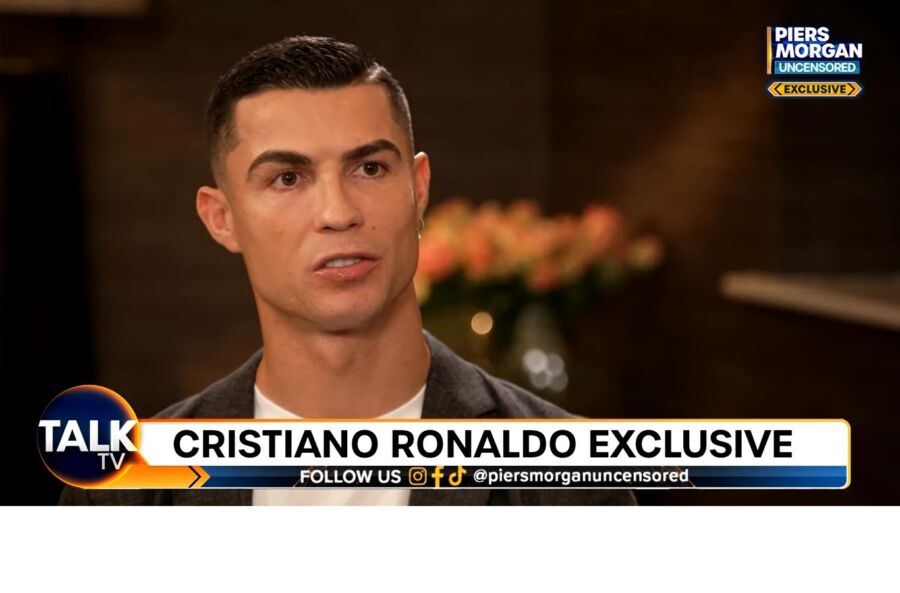 The 37-year-old footballer, who is preparing for his fifth World Cup with Portugal, finally addressed what has been a disappointing second stint with Manchester United, the club where he won his first of five Champions League titles.

The five-time Ballon d’Or winner also said he feels like he is being made a scapegoat and that he is being pushed out of the club.

“(…) Not only the coach but the other two or three guys – they’re around the club,” he said.

Ronaldo, who started the season on the bench and has struggled to find consistent playing time for the first time since practically the start of his career, also slammed the club’s “lack of evolution” since he moved to Real Madrid in 2009.

“I don’t know what’s going on but since Sir Alex Ferguson left I saw no evolution in the club, the progress was zero,” he said.

“Nothing changed. Not only the pool, the jacuzzi, even the gym… Even some points, the technology, the kitchen, the chefs…,” Ronaldo added.

“They stopped in time, which surprised me a lot. I thought I will see different things… different, as I mentioned before, technology, infrastructure. But unfortunately, we see many things that I used to see, when I was 20, 21, 23. So, it surprised me a lot.”

“(It was) something that nobody understands. This guy is not even a coach. A bigger club like Manchester United brings (a) sporting director – (it) surprised not only me but all the world, you know.

Ronaldo also addressed the death of his newborn son Angél, describing it as “probably the worst moment” of his life.

“When you have a kid, you expect that everything will be normal,” Cristiano said. “And when you have that problem, it’s hard. As human beings, me and Georgina had quite difficult moments, because we don’t understand why it happened to us. It was difficult, to be honest, it was very, very difficult to understand what’s going on in that period of our life.”

He also spoke of the challenges of having to continue performing at a high-level, as “football does not stop” and he returned to the pitch just a week later.

The full two-part sit-down interview will be showcased on Wednesday and Thursday evening.

“Cristiano asked me to do it,” says Morgan

Piers Morgan has since said that it was Ronaldo who approached him with the idea to do the interview.

“Cristiano asked me to do it,” Morgan told talkSPORT. “Simple as that. I didn’t ask him, he asked me. He’s been thinking about this for a while, it’s no secret he has built up deep frustration about what has been happening at United.”

“He feels he has to speak out, he knows it will be incendiary, will rattle some changes, but he also feels he should be doing this. He knows people will criticise him but he also knows what he is saying is true,” Morgan added.

Morgan, who has also had his fair share of bombastic statements and interviews, defended the timing of the interview with the upcoming World Cup, which will give him a month away from United.

“It gives time for what he has said to settle in. He can come back and resolve things,” said Morgan.

Manchester United have released a statement explaining that the club will “consider its response after the full facts have been established.

“Our focus remains on preparing for the second half of the season and continuing the momentum, belief and togetherness being built among the players, manager, staff, and fans,” it adds.

However, British tabloids are reporting that, behind closed doors, the club is understood to be “extremely disappointed” with the manner and timing of the interview.