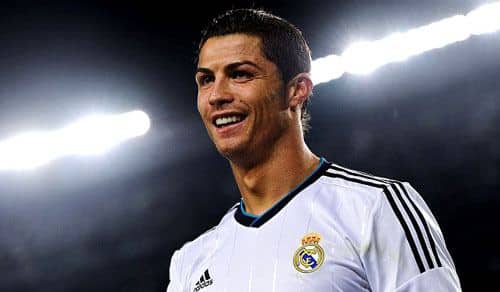 UEFA || Portuguese football star Cristiano Ronaldo is one of three finalists hoping to snatch the UEFA’s 2013/2014 ‘Best Player in Europe’ award.
Ronaldo, who last season won the UEFA Champions League and Spanish Copa del Rey with Real Madrid and was the top scorer of La Liga with 31 goals, was shortlisted alongside Bayern Munich pair Manuel Neuer and Arjen Robben from a list of 10 players released last month by the governing body of European football.
The winner will be announced on August 28 in Monaco during the UEFA Champions League group stage draw.
It will surely be a close call as Ronaldo’s rival contenders won the German League, German Cup, UEFA Super Cup and FIFA Club World Cup last season.
It could be the first time Ronaldo wins the prize since it was launched by UEFA in 2011.
Previous winners include Franck Ribéry (2012/2013), Andrés Iniesta (2011/2012) and Ronaldo’s archrival Lionel Messi (2010/2011).
The award takes into account the players’ performances in club and international matches as long as the players represent a team within the UEFA.