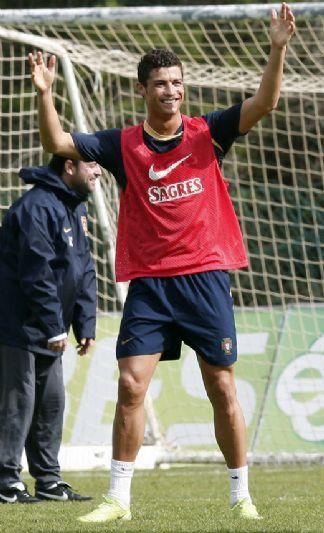 The Portuguese national football team played its first competitive match, a 4-0 World Cup qualifying victory over Cyprus, in the Algarve on November 16 1977. Since that Faro encounter almost 32 years ago, the Selecção has remained unbeaten in the extreme south of the country on a further six occasions, achieving a total of five wins and two draws against the likes of Luxemburg (2-0), Holland (2-0), Norway (1-1), Moldavia (3-0) and England (1-1).

Ironically, present under-pressure manager Carlos Queiroz, who will have been hoping that the region remained a happy hunting ground for his 2010 South Africa hopefuls, was the man in charge of that 2003 Norwegian draw shortly before his then dismissal. Should this Wednesday’s Stadium of the Algarve friendly international (played after the Algarve Resident went to press) against another Scandinavian opponent, Finland, have failed to live up to expectations, a similar fate may befall the former Manchester United assistant coach exactly six years later. A disappointing start to the current World Cup campaign demanded a confidence-boosting performance from a previously lack-lustre eleven, featuring FIFA Player of the Year Cristiano Ronaldo, in order to put Portugal’s mind-set firmly back on ‘the road to South Africa’.

Fabio Capello’s England, not in need of such ‘friendly’ encouragement following a hitherto unbeaten qualification campaign, when simultaneously taking on Spain no more than 300km away in Seville, will, none the less, have hoped for a warmer reception than in recent times as David Beckham looked set to equal Booby Moore’s record number of caps for an English outfield player.

Last Saturday night the Euro’2004 Algarve stadium was already the scene of Portuguese-coached Lithuania’s 1-1 draw with Poland, the latter having gone on to meet Wales in Vila Real de Santo António earlier on Wednesday evening as Andorra made up a total of six national teams present in the region this week.