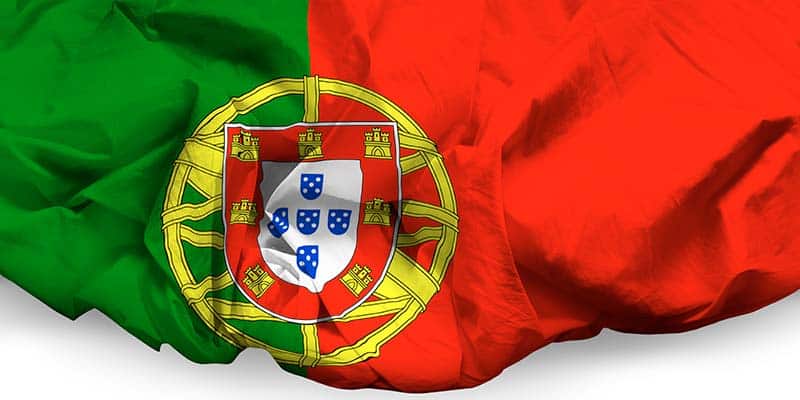 Wander through the cobbled, medieval streets of Silves, the ancient capital of the Algarve, and it is easy to spot the forces likely to drive Portugal’s economy next year. Builders swarm over grand but crumbling buildings, symbols of the wealth once generated by the cork factories that provided the town’s main source of employment. Many are now being converted into short-stay apartments as foreign money gushes into Silves, lured by lavish tax breaks and a lack of accommodation for the tourists that throng the town year-round.

Meanwhile, apartments and townhouses are being snapped up by foreign buyers. Minita, who owns the Minita estate agent in the town, describes business as “very good”, adding that the main problem is a shortage of saleable accommodation as demand outstrips supply.

The factors driving foreign demand for real estate in Silves are the same as those in the rest of Portugal, namely “low crime and an absence of terrorism, a pleasant climate, tax breaks, attractive prices, the ease and security of buying property, as well as amazing food and culture”, explains Minita.

It is not just visitors spending money in the growing number of cafés and restaurants in the town’s centre. Celso Pereira who runs Alentejo com Pão, an always busy, traditional bakery specialising in fayre from the Alentejo region, says it is the highest-priced wines that are flying out of his shop.

He is now having difficulty sourcing Pêra Manca, one of the world’s finest wines that retails for up to €300 a bottle, due to booming demand across Portugal. “When I can get hold of a bottle, it is snapped up by locals almost as soon as I put it out for sale,” says Celso.

Dry statistics and economic forecasts support the anecdotal evidence from Silves about the strength of domestic demand in Portugal. The Organisation for Economic Co-operation and Development’s (OECD) latest survey, published in November, says the economy has largely been sustained by strong export performance since 2010, “but domestic demand is now also growing solidly”, boosted by tight labour markets, rising wages and weak inflation.

However, the OECD expects the slowing eurozone economy to weigh on GDP growth, which is projected to ease to 1.8% in 2020 and to 1.7% by 2021, from a high of 3.5% back in 2017. A recent report from Caixa Bank concurs with this assessment, arguing that “the economy is expected to continue to grow at a strong, albeit more moderate pace (and closer to potential growth), supported by the robustness of domestic demand and despite the deterioration in external demand”.

Portugal’s high debt levels are one of the key risks facing the economy, but Caixa points out that the public debt ratio has fallen considerably over recent years (from over 130% of GDP in 2016 to an expected 119% at the end of this year and to around 114% by the end of 2021).

Moreover, says Caixa, “the structure of debt has improved and is more resilient to adverse market developments: the cost of outstanding debt has fallen, and the maturity profile is long (currently at 7.8 years on average)”.

A healthy banking sector is vital to any economy and here, too, there are signs of progress, says Caixa. The financial strength of Portuguese banks has increased, while the ratio of loans gone wrong (as a proportion of the sector’s overall loan portfolio) fell to 8.3% by June 2019 (down from its 2016 peak of 17.9%).

Furthermore, says Caixa, “there has been considerable progress in the restructuring of the sector, especially after the recapitalisation of the public entity Caixa Geral de Depósitos, the sale of 75% of Novo Banco, and the stabilisation of the shareholder structure of both BPI and BCP”. The main challenges facing the sector are the still high levels of bad loans and the difficulty of generating profits when interest rates are so low.

Sterling gains to boost tourism and property in 2020
Two developments in December suggest the forecasts for Portugal’s economy may soon be revised upwards. Boris Johnson’s landslide victory in the 12 December UK election in particular should prove very positive for Portugal. UK share prices have already risen sharply and pundits are talking of a “Boris boom” as the end to the UK’s political uncertainty unleashes a wave of foreign and domestic-sourced investment.

Brits are Portugal’s largest group of tourists and a key driver of the property market with sterling’s significant fall following the EU referendum in June 2016 hurting Portugal. The number of visitors from the UK, the largest source of foreign arrivals, fell 5.3% in 2018 from a year earlier.

Sterling has now jumped by over 10% since hitting a low against the euro in mid-2019. It could continue to climb next year if Johnson, as seems likely, seeks a close relationship with the European Union.

A stronger pound should see the number of British tourists swiftly recover and could give a further lift to the property market. Estate agent Minita is certainly positive on the outlook for Silves and the Algarve: “A number of British buyers on my books put their plans on hold ahead of the election but they could well now press ahead.”

Meanwhile, the US-Sino trade deal announced in December lifts the threat of a global trade war, a prospect that weighed heavily on the global and eurozone economies in 2019.

As ever, there are threats to the brightening outlook for Portugal. The ups and downs of trade negotiations between the UK and the EU means sterling could remain volatile in 2020, while the potential for a showdown between the US and the EU over trade cannot be ruled out. Overall, however, Portugal (and Silves) can look forward to 2020 with considerable optimism.