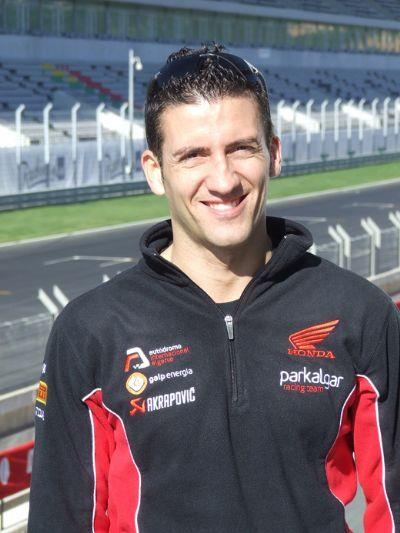 While the new Lola B08/80 Le Mans coupe was put through its paces at the Motor Park this week in preparation for the coming season and gathering valuable experience for the Series’ return for its Algarve debut in August, the Parkalgar Honda motorcycle team found itself on the way to Australia.

Sunday sees the eagerly anticipated start of the 2009 World Supersport Championship on Philip Island near Melbourne (live on www.worldsbk.com), towards which the Anglo-Portuguese Algarve-based hopefuls have been working all winter.

Team manager Simon Buckmaster is confident that his riders Miguel Praia and Eugene Laverty will be challenging for a podium place on their improved Honda CBR 600RR machines this year following final pre-season test results at their Portimão home circuit.

“The team is investing heavily in personnel and expertise (new crew chief Phil Marron and electronics expert Alan Bell from Motec, for example) to give both riders the best chance possible,” he said. “Miguel is focused and riding at a higher level in 2009 already. Eugene has incredible drive to succeed and I am sure he will be a race winner and title contender in 2009.”

At the beginning of this week last trial runs suggested that Ducati and Aprilia are in best shape to come out of the starting blocks with Max Biaggi and Michel Fabrizio both recording impressive circuit times just above 1.32 minutes.

Reigning champions Ten Kate with title holder Andrew Pitt and Superbike returnee Kenan Sofogulou in the saddle are on many people’s shortlist to repeat their 2008 success, but Parkalgar Honda are convinced that their men will be involved at the business end of the championship when the series reaches its October climax in Portimao’s familiar surroundings.