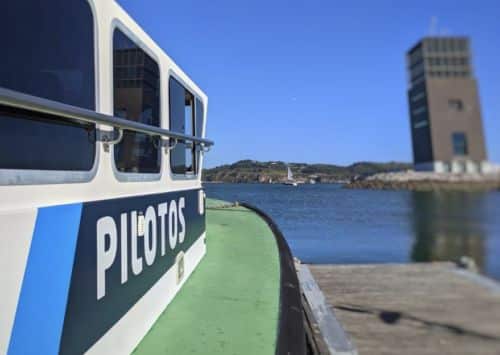 Another planned on December 6 and 7

Portugal’s river bar and port pilots are on strike today (Tuesday) and tomorrow, with further strikes planned for December 6 and 7, to press for compliance with an agreement that foresees the possibility of their taking early retirement at the age of 60.

As the strike notice from the Union of Captains, Pilots, Commissioners and Engineers of the Merchant Navy, published on the website of FECTRANS, the Federation of Transport and Communications Unions (Fectrans), explains, workers affected want: “fulfilment of the agreement of August 7, 2019, with the port administrations, obtained after long negotiations, overseen by the government department of the time, which sought to respond to a fair claim of these professionals regarding the possibility of early retirement… from 60 years of age”..«

“Despite all attempts at dialogue with the Ministry over the last three years, the possibilities for negotiation are considered exhausted, especially since, in a meeting at the Ministry of Infrastructure and Housing, held on September 21, 2022, it was clearly stated that the Government would not implement this agreement”.

The protest, in the form of a total stoppage, “covers bar and port pilots throughout national territory, regardless of the nature of their employment relationship”.

The union is demanding the “implementation of the draft proposal for a diploma, endorsed by the unions representing bar and port pilots and the port administrations on August 7, 2019” that it says “recognises the particularly arduous and exhausting nature of the professional activity carried out by technical pilotage staff in the service of port administrations, guaranteeing these professionals the fair possibility of retirement/retirement from the age of 60.”

The strike began at 0.00 hours this morning and is to run until the end of the day on Wednesday; the next 48-hour strike is to start at midnight on December 5. Skeleton services are assured, according to the strike notice, which has been sent to the port administrations of Viana do Castelo, Douro and Leixões, Aveiro, Figueira da Foz, Lisbon, Setúbal and Sesimbra, Sines and Algarve, as well as the Autonomous Region of Madeira and the ports of the Azores.