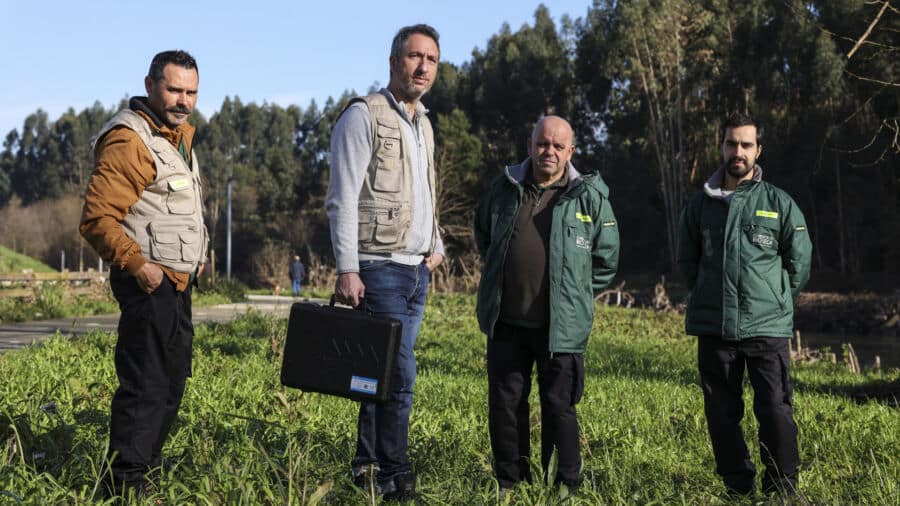 River used to be considered among most polluted in Europe

Every day of the week, regardless of the weather, four river guardians keep watch and monitor River Leça – which crosses the districts of Maia, Matosinhos, Santo Tirso and Valongo, in the district of Porto – bringing back to life a profession that became extinct in 1995.

With a length of 47 kms, Leça is visited daily by André, José, Paulo and Daniel, who, by car, electric bicycle or on foot, travel along it, monitoring and keeping watch to identify any abnormalities – namely changes in water quality, colonisation of invasive plants, pollution spots, fallen fences or blockages.

In addition, they also promote biodiversity, plant trees and make the public aware of the need to care for the environment.

In the coming months, the men’s mission is set to be simplified through the creation of a (mobile phone) App which will allow them to immediately georeference and register with text and images any occurrence.

As Artur Branco, executive director of the association of municipalities of Leça river corridor told Lusa today, the App will speed up authorities’ ability to respond – meaning issues will be able to be dealt with more quickly.

Since they took up their new posts, Leça’s river guardians have detected at least a dozen “anomalous situations”.

“It’s a profession that many people miss, that was very useful, that was very visible”, Branco explains. “We are reactivating it, but not exactly in the same way, because the legal framework is different”.

Today’s river guardians, aged between 34 and 63, are employees of the municipal councils of Maia, Matosinhos, Santo Tirso and Valongo and knew very little about this ‘profession’ until they took it up last year.

Standing near the river, wearing a dark green jacket with the word “River guardian” written on the back, Daniel Vítor, 34 years old, was analysing the quality of the water using a mobile multiparametric probe (a device capable of registering several physical and chemical parameters of the water).

After training on how to handle the equipment, like the others, Daniel Vítor, who used to work on construction sites, tells Lusa he is loving his new job.

54-year-old José Silva, who previously worked in the maintenance of green spaces, is equally enthusiastic.

Using an electric bicycle, he told Lusa that he finds his new job “very appealing”.

“There are points of the river where we have to pass daily to see if there are pollution spots”, he explained, saying locals “look favourably” on this return of river guardians.

Nonetheless, pollution in the river is still very visible. Leça was once considered one of the most polluted rivers in Europe, says Lusa, with “the accumulation of the most diverse objects in its tree branches and banks.

“Chairs, benches, surgical masks, plastic bags and even clothes are some of the things found in the Leça, which Artur Branco attributes to people’s lack of civic conscience, not any lack of capacity or availability on the part of local authorities.

River guardians’ roles are also to “sensitize the public to change their behaviour”, something that attracted Paulo Marujo, 47, to the job.

Before “watching over” the river, Paulo Marujo was “caretaker” of the rock engravings of Vila Nova de Foz Côa, where he also ran workshops.

Passionate about nature and photography, he couldn’t be happier with his new tasks, saying that, although there is much to do along the river, the process of giving it a new image “is going in the right direction”.

André Carvalho, at 63, is the oldest of the four guardians. He used to work on a farm and in a factory, and says he enjoys what he does “immensely” because the days are always different.

This “reappearance” of river guardians – a name in Portuguese that corresponds to the name for kingfishers (guarda rios)- is all part of an EU funded initiative to recover Leça river. Investment in the project runs to €4 million, financed through the REACT/EU programme.