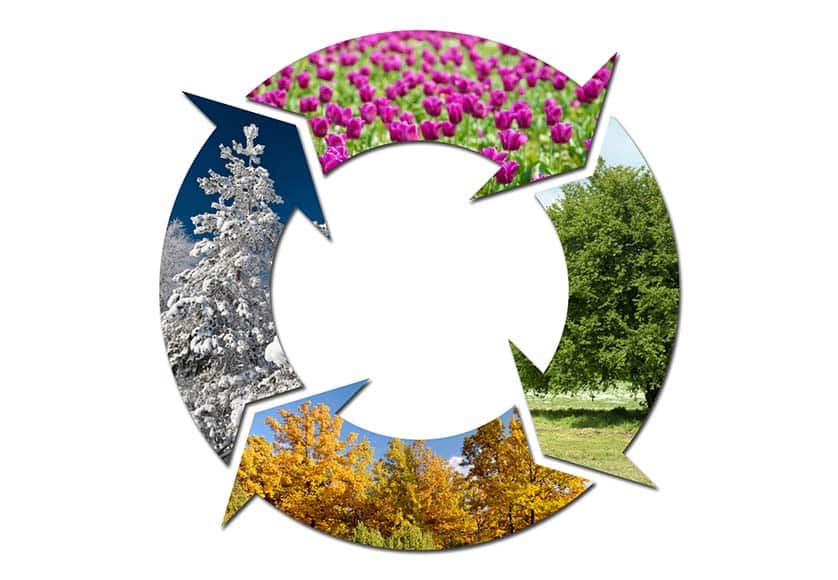 Ayurveda has always taught us to maintain health and prevent diseases by following a proper diet and lifestyle regimen, rather than treating and curing diseases.

For this reason, one of the basic pillars is Ritucharya, the seasonal regimen.

With every season, changes in the environment we live in are evident. We see various changes in bio-life around us, such as flowering in spring and leaf-shedding in autumn, hibernation of many animals with the coming of winter, and so on.

As human beings are also part of the same ecology, the body is greatly influenced by the external environment. Many of the exogenous and endogenous rhythms in nature have specific phase relationships with each other, which means that they interact and synchronize with each other.

If the body is unable to adapt itself to stressors due to changes in specific traits of seasons, it may lead to Dosha imbalances, which may make the body highly susceptible to one or another type of disorders.

It is known that adaptations according to changes is key to survival, and so the knowledge of Ritucharya is thus important for learning how to adapt to seasonal changes. People who do not know or ignore the suitable types of food, dressing, and other regimen to be followed in a particular season, might get Dosha imbalances and so a derangement of homeostasis, leading their bodies to different kinds of diseases, such as allergies, obesity, diabetes, hypertension, cancer, and so on.

During autumn and the beginning of winter, the environment remains cold, dry and windy, the same qualities as Vata, so this Dosha tends to get unbalanced during these seasons. 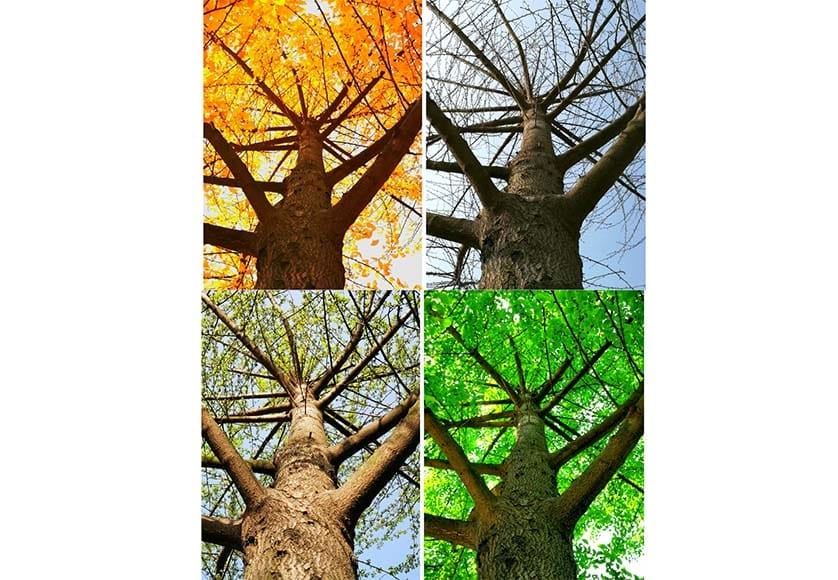 Vata builds up with the dryness of late summer and, as soon as the weather cools, Vata-related symptoms appear, like dry skin and hair, dry stools, a tendency for constipation, sleep disturbances, etc.

During the end of winter and the beginning of spring, the environment turns cold and humid, there is a predominance of elements Earth and Water, so Kapha imbalances might happen.

During cold weather, our body tends to retain, contract and accumulate to protect itself. There is also an accumulation of toxins, which are freed when the temperature rises. This is the reason behind allergies being worse during the first part of spring.

At the end of spring and summer, there is a predominance of dryness and heat, so Pitta imbalances are more likely to appear. During this period, a person of any constitution is more vulnerable to symptoms of Pitta aggravation such as heat waves, fever, skin rashes, loose stools, anger, etc.

If you want to avoid or decrease the impact of these imbalances, you should start by changing routine at least 15 days before the season changes.

For the reader’s understanding of the way it works, I will mention some of the most important general and easy changes to begin practising, according to Ritucharya.

At the end of summer, one should begin doing changes to treat and prevent Vata imbalances. Use warm water for bathing purposes, do exercise, protect the body from cold, external and internal oleation with ghee, oleation of nostrils and ears, whole body abhyanga and warming pranayamas. Oily, hot, heavy foods are convenient, reduce spicy foods, and increase the consumption of warm-hot drinks.

In closing, it is important to make clear to the reader that, as you may have thought along these lines, there is no real set point or exact change. Rather, the seasons and their doshic effects move like tides. Kapha season falls into Pitta season. Pitta season flows into Vata season. Vata season moves back into Kapha season. The awareness of the tides and their movements connects us with the cycles of nature and assures us that there is no real death, but only transition and renewal. Namaste.