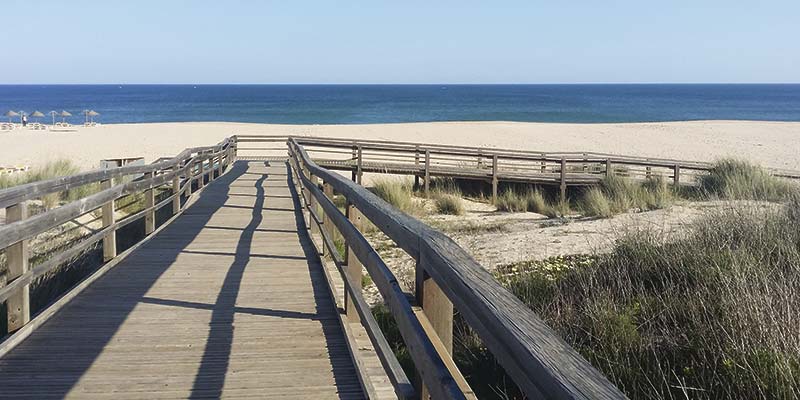 “You got to be very careful if you don’t know where you’re going, because you might not get there.”
Yogi Berra

I herewith declare the summer of 2019 as officially over, the weekend preceding Monday, September 23 and the day of the Autumnal Equinox appropriately seeing the first proper rain across the Algarve for some five months. That Monday, just over a week ago, and unfortunate for some, was also marked by the collapse of Thomas Cook, leaving many visitors to these shores and other popular tourist destinations facing the prospect of either an involuntary extension to their holidays, or no late getaway at all.

Be that as it may, let me take a very personal look at the summer that was and, in particular, the kind of visitors who ‘help’ make August one of the least enjoyable months for local residents and the harassed working population alike.

As a whole, I do not harbour any specific resentment towards any nationality, but it is possible to generalise certain traits which become all too obvious at this time of the year.

My very own approach to hands-on social anthropology in the Algarve, a way to keep the finger on the pulse so to speak, is to accept a couple of hours’ gainful evening employment handing out flyers for a local restaurant, an activity which allows me to observe and interact with the passing masses. I began this ‘experiment’ some 20 years ago promoting one of five Chinese eateries – don’t scoff, everybody likes the odd spring roll – in Alvor. As the ‘competition’ gradually disappeared and I was left with just ‘the one’, the opening gambit of “the best Chinese in town” didn’t ring true anymore, persuading me to turn my attentions towards the Indians of which there are currently no less than seven in this small village.

When I first started coming to the Algarve for extended working holidays back in 1985, we used to drive the best part of an hour from Portimão to Albufeira’s Praia da Oura strip to quench our curry-yearnings at the then only, and very mediocre, Indian restaurant around – TripAdvisor today lists 39 different ones for that sprawling resort alone.

But I get sidetracked. Let’s start with the French – or ‘Avecs’ as they are less affectionately known – or rather, the French-speaking ‘invasion’ which descends upon us from Luxemburg, Belgium and Switzerland as well as France itself in August. In all my years ‘on the street’, I have never heard so many Gallic sounds intermingled with Portuguese phrases, nor have I seen so many i-Phones in people’s hands, very obviously tuned to Google Maps – communication has become non-existent. Either dressed for a never-happening cocktail party, or still in beach gear lugging inflatables deep into the night, the permanently scowling petite bourgeoisie drenched in after-shave parade around town only to eventually reappear bearing stacks of family-size take-away pizza boxes accompanied by gallons of mineral water – cordon bleu dining par excellence!

Meanwhile, their more mobile want-to-be nouveau riche counterparts, equally reliant on electronically generated directions, conspire to cause havoc on the narrow roads and cobbled lanes of our once-idyllic fishing village by heading down one-way streets and cul-de-sacs in their show-off, tinted-windowed, top-of-the-range BMW, Audi and Mercedes SUVs – according to malicious tongues, mostly hired for the great Algarve returnee ‘cat walk’. Sacre bleu!

Our Spanish and Portuguese visitors were no less numerous this year, albeit equally reluctant to contribute to either the local economy or the spirit of bon vivant of the belle époque. Stony-faced parents shepherding flocks of screaming kids, leaving an increasingly frail older generation in their wake, only seemed to find temporary respite at the ice cream parlour or local café en route to returning to their overcrowded holiday apartments.

One evening, I spent two hours before midnight leaning up against the serving counter of one such café – no more than a kiosk really – chilling with a few beers, watching the comings and goings and chatting to the exasperated staff when possible. Whilst nearby restaurants remained yawningly empty, the jostling throng maintained a frenzied demand for caffeine served up in a multitude of sizes and varieties. It is said that ‘Bica’ stands for ‘Beba isto com açúcar’ – drink this with sugar – as espressos, when first introduced to Portugal, were considered almost undrinkable because of their extreme bitterness. That ‘fact’ may have also given rise to the related ‘café cheio’, ‘pingado’, ‘garoto’, ‘carioca’, ‘curto’, ‘descafeinado’, ‘abatanado’ or ‘galão’ amongst others – whatever version, I was reliably informed that my little kiosk alone, equipped with just the one twin percolator, was approaching 10,000 cups served during the month of August – quelle horreur.

The British presence during the height of the holiday season was somewhat diminished, perhaps due to pre-Brexit angst or, more likely, thanks to a combination of the weak Sterling and a lack of available accommodation. The few that did make it, however, managed to keep the various clichés associated with our ‘Bifes’ (as Brits are affectionately called) alive and kicking. Medium-to-well-done drunken choruses outside the bedroom window prompting regular 5am wake-up calls fade into insignificance when compared to bearing witness to stabbings involving English teenage boys over a polite request from one of the parties involved asking the other to stop pestering two local girls in a late night bar.

And then there is the dress sense, or rather lack of it. Scantily clad at best, certain young women out at night are bound to attract admiring or otherwise-intentioned glances from male passers-by – but beware! Having so blatantly displayed their thinly veiled ‘wares’, the recipients of such attentions often subsequently react by hurling indignant abuse at the ‘innocent’ onlooker if not pre-empted by less than jocular assaults, verbal or physical, from their Neanderthal-like companions.

More amusing was one scene at my regular lunchtime haunt, the Café Aliança (wedding ring), although often referred to as the more Turkish-sounding ‘Ali Anca’ by the expat community, serving the best pint of Superbock around since 1952. Upon being greeted with a cheerful “Bom dia” by Inês, one of three daughters working the tables, a heavily tattooed family from Yorkshire immediately replied: “Oh no pet, much too early for that, we’ll just have four Diet Cokes”.
Boom-boom!

In conclusion, and on a more serious note, I would like to say the following. Years ago, before the European Union subsidies, squandered by corrupt and crony-driven public spending policies, dried up and the government forced to go hat-in-hand to Brussels because the treasury was down to three weeks’ worth of public salaries – what about ours, halved by the over-hasty introduction of the Euro? – the AHETA hotel association and Algarve tourism board announced that the region would turn itself into a quality, top-end holiday destination, determined not to repeat the earlier mistakes made in Spain.

None of those stated aims have been in evidence since, with the proliferation of all-inclusive hotels well below internationally accepted standards, increasingly pushing visitors into the AL self-catering private apartment rental sector – resulting in the knock-on effect of pushing accommodation costs for normal people sky-high, if not unaffordable. Once popular resorts such as Albufeira and Praia da Rocha have mutated into crime-ridden, concrete no-go areas deterring all but the most battle-hardened low budget alcohol-fuelled sun worshippers from spending what is supposed to be the most relaxing time of the year there.

Ahead of this season, the President of the Algarve Tourism Association (ATA), João Fernandes, said: “Growing in value and consolidating the perception of the differentiated quality of the region’s offer in relation to the main competing destinations (Turkey, Greece, Tunisia and Egypt) are some of the main objectives for this year (2019).”

I’m sorry … is it just me, or was something lost in translation? Or is this gobbledygook double-speak from a parallel universe? Or maybe I just live too much in the past and the Algarve I remember and love is gone forever. You tell me.