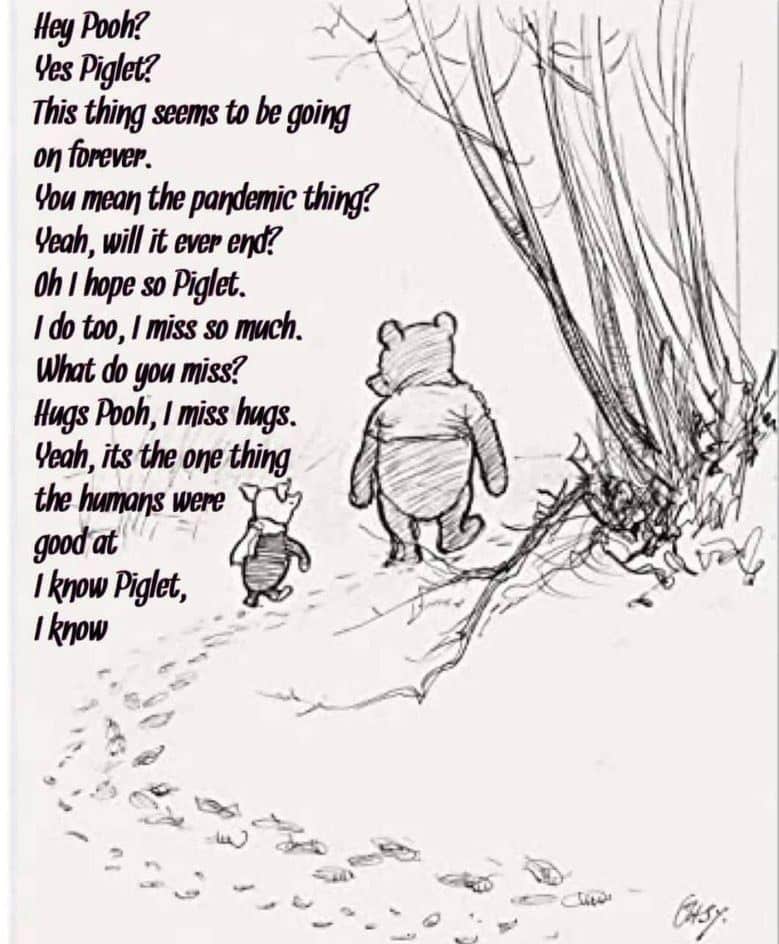 They say it’s not over until the fat lady sings. Ten months on and the pandemic is still very much with us. As I am writing, new cases of Covid-19 are surging again all over Western Europe, with the exception of the Algarve, which survived the summer almost unscathed. Paradoxically the much-needed safe travel corridor has come and gone, England following Wales and Scotland three weeks ago, unacceptable infection rates in Lisbon and all points north turning our region’s struggling tourism industry into collateral damage.

But enough of gloom and doom! At a time when Portugal and the ‘disunited’ Kingdom and Ireland have reintroduced a ban on social gatherings in excess of ten and six people respectively as well as tightening restrictions in general, but not applied to weddings, funerals and team sports, schools or the work place in England – you can’t catch the dreaded virus at those events – raising the spectre of a return of more economically ruinous local if not national lockdowns, let us take a less than serious look at some of the idiosyncrasies staying at home have wrought upon us.

I have always been fascinated by words and expressions, not just in the English language, and our 2020 dilemma has inadvertently provided rich pickings. ‘Locktail hour’, ‘Pinot Fridgio’, ‘Quarantini’ or ‘beer o’clock’ became very popular this year, variously referring to the time at which you allow yourself the first drink of the morning, that chilled bottle of wine lurking so provocatively at the back of the fridge whenever you open it, a cocktail with ingredients carefully chosen from whatever happens to be in the house, or just a Superbock or three, never mind the hour.

Away from alcohol – not easy – we also have new food-related vocabulary such as ‘Covid-18’, ‘fattening the curve’ and ‘goutbreak’. Sequentially, these express the number of pounds we’ve all gained since lockdown began, what ‘Tracy’ has been doing with the doughnuts and what happens when your ‘curve-fattening’ gets completely out of hand – there is only so much Camembert and vintage port (I told you it wasn’t easy) your body can stand before your ankles swell up in rebellion!

In an effort to stay away from bodily sustenance, many of us have turned to abusing the internet, using social media for anything ranging from ‘blue Skype thinking’, ‘elephant in the zoom’, ‘zoom-mongering’, ‘nemesis-scrolling’, ‘doughverkill’ and ‘unvitation’. Let me explain. Virtual meetings have become a necessary craze which will change the way we work for ever. Face-to-face digital platform providers have overtaken many established multinationals in terms of value – but also involve certain, how shall I put it, ‘wrinkles’. Brainstorming sessions using video-conferencing technology do not offer the option of kicking ‘Derek’ from Marketing underneath the table to stop him from going on and on, or preventing ‘Kevin’, the office bore, quoting Monty Python films and referring to emails as electric letters. Other issues during an online meeting include that nobody has the courage to tell ‘Brian’ the truth about that lockdown moustache, mention ‘Matilda’s’ horrendous curtains or to ask ‘Tracy’ exactly how many doughnuts she has taken on board. And there is always someone who ruins everyone’s spirits by reciting the latest predictions on how we’ll all be locked down until 2028 at least, and even then it’s only going to be people under the age of 12 in Milton Keynes who’ll be allowed out.

On Facebook, Twitter and the like, checking the latest death tolls, depressing headlines and expert forecasts on how many years it will take before your grandchildren are allowed to wave at you through reinforced glass from a distance of no less than 100 metres, has become an obsession only interrupted by pictorial assaults from tedious middle-class smugsters desperate to show off the amazing rock-salt focaccia they’ve just made. Last but not least the internet has provided us with the perfect opportunity to ‘accidentally’ forget to include our know-it-all uncle on the list of people we tell about next Thursday’s online quiz.

Being stuck at home can cause mental problems, a type of ‘Stockholm Syndrome’, as well of course, comprising ‘iselation’, ‘oh-symptomatic’ outbursts, ‘trumpty-dumbty’ and the ‘X’ factor, to mention just a few. These cover the secret but very real joy of not having had to go anywhere, speak to anyone or do anything (not even change your clothes) for weeks on end, crying out “Oh, for God’s sake, when is this nightmare ever going to END?!” several times a day, feeling deep depression whenever the President of the United States opens his mouth and thinking about what the status of your current spouse or partner will be the minute lockdown is over. And that will have had nothing to do with the self-administered ‘Krueger cut’ reminiscent of A Nightmare On Elm Street.

To finish up with, there is the experience of the rare venture into the outside world involving ‘maskara’, ‘anti-social distancing’, ‘coughing dodgers’ and ‘hoard senseless’ ‘yeastenders’. The first ‘step’, not necessarily for both sexes, is to apply extra eye make-up as you want to look your best facing the rest of humanity wearing a mask. Mind you, things have improved since the ‘early days’, and you can now further improve your public image with pretty, patterned nose and mouth coverings – just make sure you don’t go the ‘full Dame Edna’ or look as if you have improvised using your knickers.

Once through the front door, one of the few benefits of the new reality is that you can stay well clear of ‘undesirables’, colleagues or neighbours, supposedly on health grounds, but actually because they’ve always got on your nerves, and now you’ve got a government-sanctioned excuse to give them a wide berth. Another method of ensuring your personal space is to clear your throat – there are plenty of paranoid people ‘out there’ who will physically recoil from a great distance at the tiniest cough-like sound as if you had just attacked them with an electric cattle prod or personally injected them with the plague. Having safely negotiated your path to the nearest supermarket – for that is the new ‘Corona Mecca’ – be prepared for major disappointments: ‘the others’ have already been there! There is little of what you really need amongst the sparsely stocked shelves staring back at you, forget about four-ply toilet paper – I still don’t understand the ‘run’ on that product – and the selfish so-and-sos only went and bought all the Dr Oetker on day one of quarantine, thereby depriving the rest of the world of the chance to bombard Instagram addicts with carefully filtered snaps of resplendent ciabattas. Instead you will end up noticing that a particular item – artichoke hearts, for example- are down to their last couple of tins, and grab them in a blind panic despite the fact that you haven’t eaten, purchased or thought about artichoke hearts since 1987.

There you have it. The end of life as we have known it – or a new beginning? You decide.