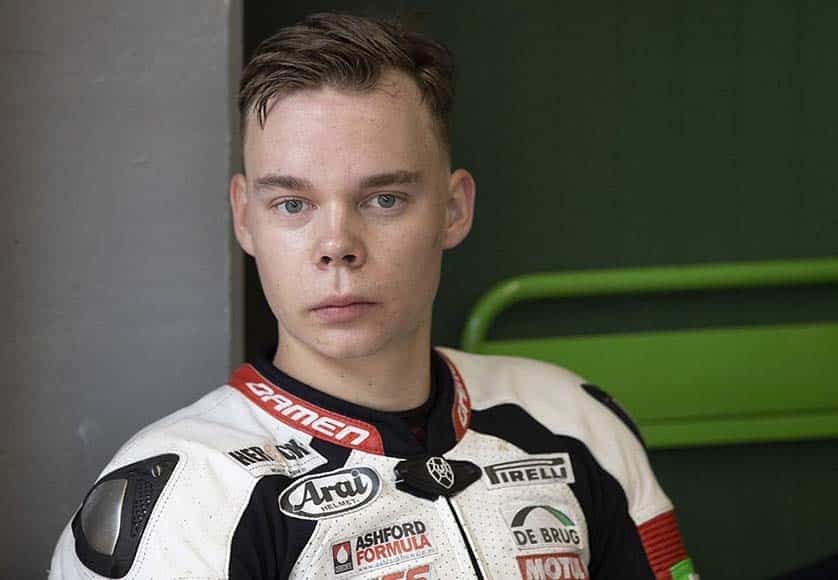 Dutch motorcycle racer Victor Steeman has died after sustaining serious injuries in a crash during a championship race at the Algarve International Racetrack (AIA).

The news was confirmed in a joint statement by the International Motorcycling Federation (FIM), WorldSBK paddock and the racetrack.

“Following a serious incident in the FIM Supersport 300 World Championship’s Race 1 during the Pirelli Portuguese Round at the Autodromo Internacional do Algarve, it is with great sadness that we report the passing of rider Victor Steeman (MTM Kawasaki),” the statement reads.

Steeman, 22, was involved in a “multi-rider incident at Turn 14, with the race immediately red flagged.

“Medical personnel and vehicles arrived at the site immediately and the rider was attended to trackside and at the circuit medical centre before being transferred by helicopter to Faro Hospital,” the statement adds.

However, “despite the best efforts of the circuit’s medical staff, marshals and hospital staff, Steeman has sadly succumbed to his injuries.”

This season was being a successful one for Victor Steeman, who was enjoying a “superb 2022 FIM Supersport 300 Championship campaign and came into the Pirelli Portuguese Round with a chance of clinching the World Championship.

“With four wins, five podiums and three pole positions to his name this season, he took 12 points-scoring finishes out of 14 races. He also signed his name in the history books with pole position at the Circuit de Barcelona-Catalunya, becoming the rider with the most pole positions in the World Supersport 300 class,” the statement also reads.

“The FIM Family, Dorna Group and the Autódromo Internacional do Algarve pass on their deepest condolences to Victor’s family, friends, team and loved ones,” it adds.