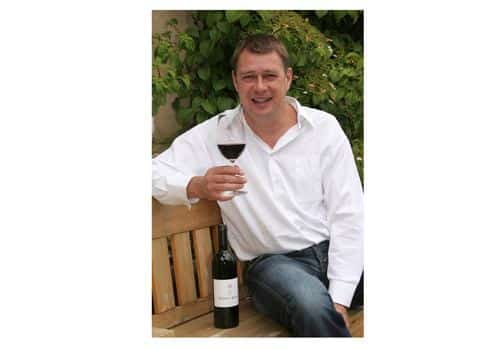 Presentation || Does altitude have a physical impact on vineyards and the quality of grapes?
With global warming uppermost in the minds of many growers, there is currently a rush for the hills when it comes to wine. Cooler climate conditions tend to produce wines with more freshness and finesse, something that is now being recognised by some of Portugal’s leading wine producers.
At this event, the first of the new season, some 70 members of the Algarve Wine Society were privileged to have Richard Mayson talk to them about this highly topical subject last week at Vila Monte, Moncarapacho, followed by dinner in the Orangerie Restaurant.
Richard Mayson is one of the most respected authorities on the wines of Iberia and has five books on wine to his name, among them The Wines and Vineyards of Portugal and Port and the Douro, and writes the entries on Portugal for The Oxford Companion to Wine edited by Jancis Robinson.
He is also the Regional Chairman for Portugal, Port and Madeira in the Decanter World Wine Awards since the competition started in 2004. Only last week in London, at the Royal Academy of Arts, Richard received the Louis Roederer International Wine Feature Writer of the Year Award for a series of articles on his exploits in Portugal.
He divides his time between the UK and Portugal, writing, lecturing and producing wine. He owns a vineyard, Quinta do Centro in the Alto Alentejo, where he produces his wine Pedra Basta.
Richard presented a selection of some of his favourite wines, all produced from grapes at higher altitudes. Some eight wines from Alto Alentejo, Dão and the Douro, ranging in price from approximately €4 to €20 per bottle, were tasted.
The tasting was followed by a four-course dinner starting with smoked chicken breast salad with crunchy bread and black olive vinaigrette, followed by fillet of perch with a white Port wine sauce, followed by grilled pork tenderloin crusted with ‘alheira’ sausage with potato gratin and vegetables, and for dessert poached pears with fresh strawberries and vanilla ice cream.
The wines served with the dinner were Altano Branco 2013 from the Symington Family Estate in the Douro and Duas Pedras 2012 from Richard’s own vineyard in the Alto Alentejo. 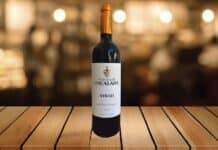 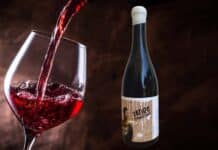 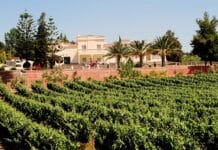 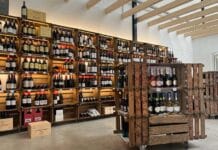 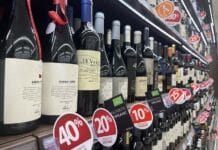