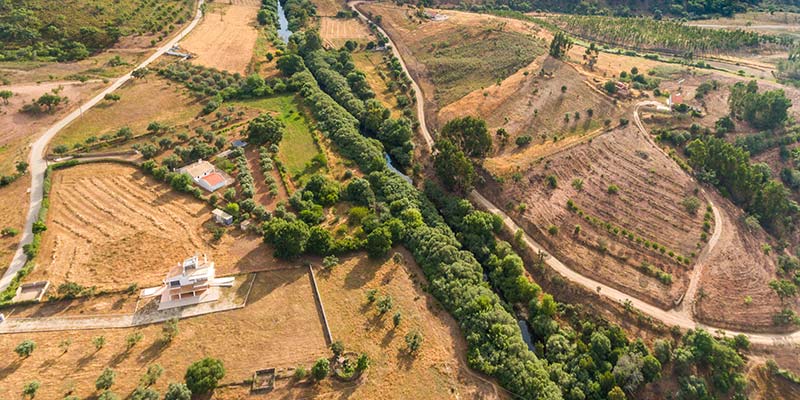 To the north of Silves lies the Barragem de Odelouca (“barragem” being Portuguese for dam), a huge expanse of water commissioned in June 2012, which is a main source of drinking water for the Algarve.

Work started in 2002 and was highly opposed due to the loss of habitat for wildlife, including the Iberian Lynx. However, upstream of the barragem, the River Odelouca is a haven for wildlife.

The Odelouca sources come from both the Serras of Monchique and Caldeirão and winds its way through the beautiful flanks of the northern Algarve hills through the barragem and onto the village of Odelouca where it merges with the Arade River. Surprisingly enough, even though it’s a critical source of drinking water, the river is seasonal. The hot summers cause the river to run dry by late July and the late autumn rains start the river flowing by the end of October. Once dry, the deeper sections of river transform into pools where river life remains.

The northern hills are very dry and dusty and, therefore, the river is a critical water source for wildlife. Aquatic life is abundant with fish and crayfish (introduced in the 1970s), which, in turn, provides a food source for other animals. In the dry summer months, the pools concentrate wildlife making them easier to observe for photography.

Last year, the river’s ecology changed. The autumn rains didn’t occur, many river pools dried out and, more importantly, the food sources became scarce as the various species consumed it all. We had to wait until the end of February for any rain which didn’t come! On February 28, the river was dry but then on March 1 the river banks flooded. After another seven weeks of rain, the river finally settled into its normal flow and wildlife began to return.

Not only a source of food, the river also provides drinking and bathing water to many species. Birds of all sizes visit to drink and bathe along with many mammals. It’s not uncommon to view Egyptian mongoose stopping by for a drink. The river supports otter which are occasionally seen during the daylight hours; the banks are scattered with otter droppings called spraint, which they use to communicate and mark territories.

Bee-eaters are abundant along most of the river’s route as they usually always nest near water, however, my favourite of river birds can easily be spotted along the river, the common kingfisher. With a lot of patience and careful positioning of a purpose-made perch, I can observe and photograph them within five metres.

Javali (wild boar) can be seen drinking and splashing around at dusk. Turtles and terrapins can be seen sunbathing on the river banks and I always keep a look out for the harmless viperine snakes that spend most of their time in the water.
Currently, the river is running but already starting to become very shallow and the process will start all over again. For observation and photography, I like it when the rivers run dry and pool, however, the noise of running water returning after the rains is always a welcome sound.

If you are looking to explore the river, the best introduction is to follow the way-marked “Lagoão Trail” near my local village of São Marcos da Serra. This route is an easy-going 10km route that crosses the river as it loops around the area. A guide from Turismo de Portugal showing this and other Algarve walking/cycling routes is available to download from my website. Some routes of my Free Nature Photography Walks also visit sections of the river. More information is available on my website. 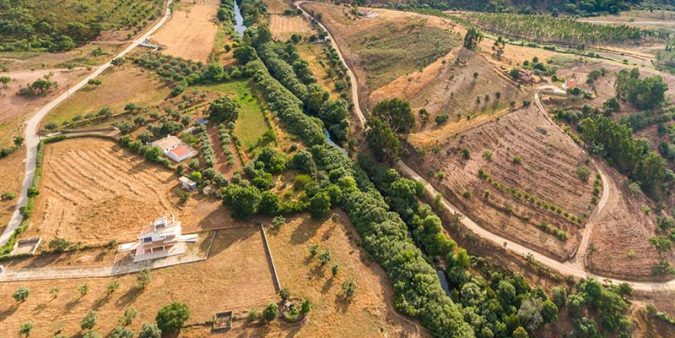 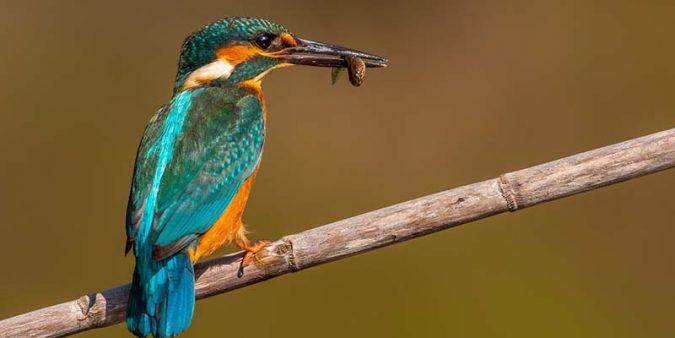 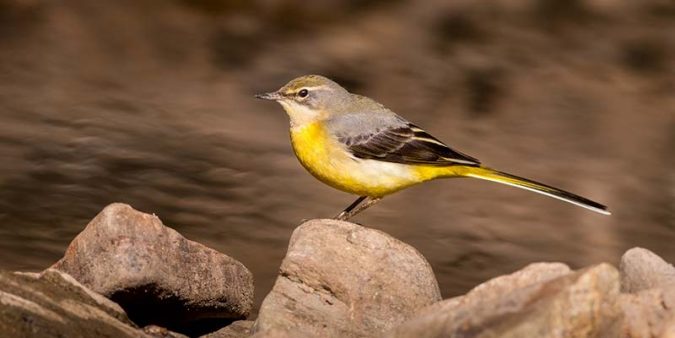 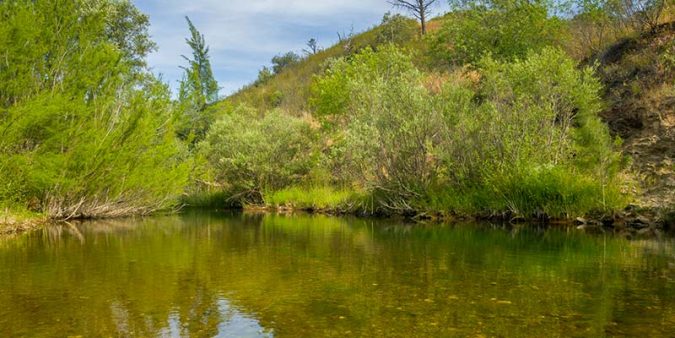