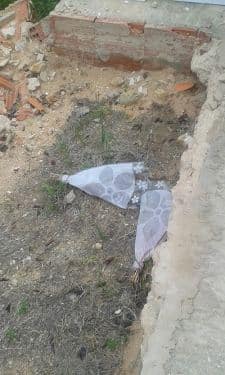 Contrary to the promised continuation of work from several stores at the Portimão Retail Park, where seven stores were completely destroyed by a fierce blaze on September 23, workers have begun receiving dismissal notices.

The Algarve’s Trade Union of Workers said on Monday (October 1) that several workers contracted by Continente for cleaning services have been laid off.

According to the Union, a meeting had been scheduled to take place on Monday morning for all of the workers affected by the fire’s destruction, however, it did not happen because dismissal letters had already been received by many workers, informing them that their services were no longer required by the selected companies.

Maria José Madeira, coordinator of the Union, said: “There is now much concern about the future of more than 300 workers employed at the park, because many people are going to be left unemployed if companies do not reopen the stores.”

“One of the shops which has already informed that workers will be receiving letters of dismissal is Aki,” said the coordinator.

As good news to some of the workers affected, “several employees of Staples, Radio Popular, Decathlon and Continente have now been integrated into their employers’ other Algarve based stores,” she added.

Paulo Sá from the PCP party said that the case of the workers would be “taken to parliament”, adding that “we are monitoring and studying the situation to see what sort of initiatives we can bring in to safeguard the nearly 400 jobs at risk at the Portimão Retail Park.”

Fundbox, the fund management company which purchased the Portimão Retail Park in 2006 for €35.7 million, are not yet able to guarantee that the park will be rebuilt; a worry that concerns many workers involved in the aftermath of the situation.

Rui Alpalhão, the administrator of Fundbox, said: “It is a complex process and we do not have the possibility to intervene at this stage. Everything remains in the hands of the courts, because the ongoing investigation may turn out as conclusive or not, which will determine where we stand with the insurance companies.”

“We also do not yet know what the willingness of investors will be to resume business at the retail park,” said Rui Alpalhão.

Speaking to the Lusa news agency, an official from the park, who requested anonymity, said: “Our concern about rebuilding the retail park is whether or not the stores will want to reopen there, because some have already dismissed workers due to the financial crisis and the drop in sales.”

Although specialised technicians have been inspecting the ruins of the park in search of the cause behind the fire, it has not yet been determined what initiated the blaze.