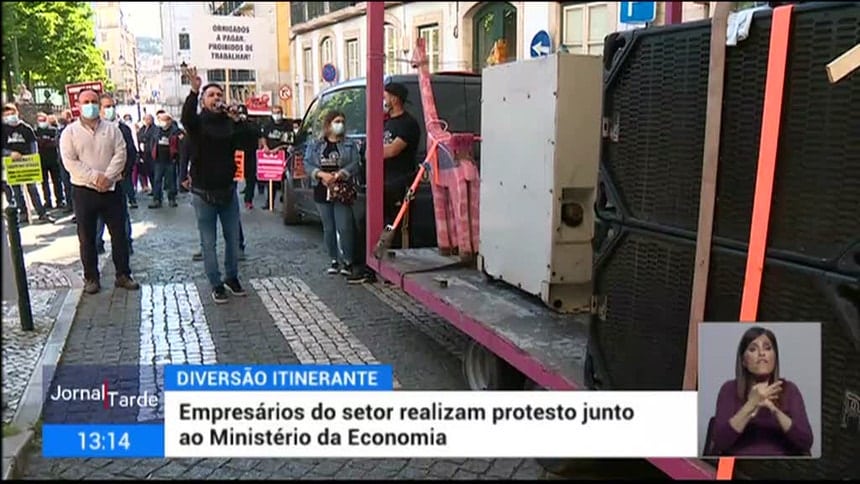 As Portugal wakes up to yet another day in which ‘new measures to help curb the spread of SARS-CoV-2’ are to be announced by the Council of Ministers, restaurant association PRO.VAR has warned that further implementation of tests and Covid Digital Certificates to ensure entry into eateries will sound the death knell to the sector.

The measures of the past – the limiting of hours, the enforced closures over weekends and Bank Holidays – they have all done their bit to destroy people’s businesses.

With pundits pointing to the government likely to ‘relax’ some measures in favour of increased enforcement of Covid Digital Certificates and testing ‘at-the-door,’ Mr Serra is unenthusiastic – particularly as so many of his members have had real difficulties, particularly in respect of the digital certificates.

As we reported yesterday, many fully-vaccinated people have had to be turned away from their chosen venue because the system recognising their certificates has listed their vaccines as ‘expired’.

It is a technical glitch that needs to be worked on, but it has served to reduce the already lukewarm confidence in these certificates.

In Italy, Antonio Magi, president of the General Medical Council (Ordine Medici), has described Covid Digital Certificates as a “surreal ideological tunnel” from which we should all be emerging rapidly.

There is no “sanitary logic” in them, he told his country’s Radio Radio station.

Vaccinated people can pass the virus every bit as much as non-vaccinated – thus all he can see them doing is “sowing the seeds of social division towards a new apartheid, between the vaccinated and non-vaccinated”.

Mr Magi’s opinions on Covid Digital Certificates have not made it into the European mainstream, but they are already widely accepted – hence why businesses everywhere are beginning to query the sense in their promotion as the ‘Open Sesame’ to returning to a new kind of societal normality.

With hints too that these certificates could be required for entry into shops and malls, Rodrigo Moita de Deus of the Portuguese Association of Commercial Centres, has said this would be “very difficult to control” and would almost certainly end up having “serious consequences” for shopkeepers (meaning: further affect the low level of business).

For now, the country waits in uneasy anticipation. The Council of Ministers is likely to end mid to late afternoon, at which point there will be a televised press conference outlining the latest measures designed to take Portugal’s Covid combat through into August.