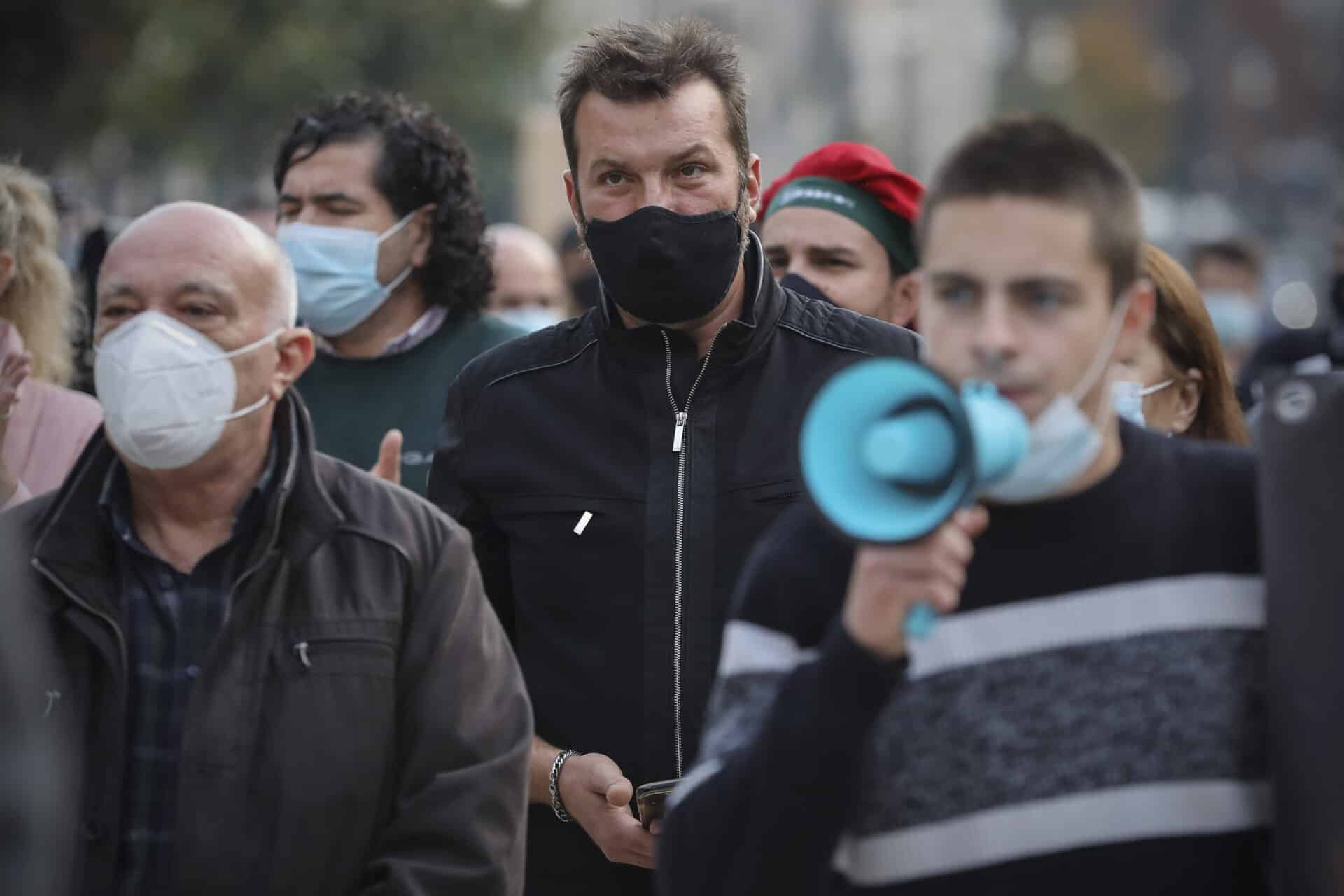 Restaurant workers took to the streets on Saturday to protest the government’s new restrictive measures to curb the spread of COVID-19, calling on citizens to disobey compulsory confinement and join in on protests.

Around 200 people gathered at Rossio square in downtown Lisbon on Saturday, according to local media.

The protest is part of the movement “Bread and Water” led by chef Ljubomir Stanisic, who also organised a protest in the northern city of Porto on Friday, which saw clashes with the police.

Protesters were asking the government to lift weekend lockdown restrictions on restaurants and commerce, which have to close at 1pm on Saturday and Sunday, and to bolster financial aid for affected businesses.

Portugal’s prime minister António Costa on Saturday urged citizens in the 191 ‘high risk’ councils to stay home as much as possible, saying it was vital to fight the spread of COVID-19.

On Saturday and Sunday, restaurants can only offer takeaway services from their premises up to 1pm and home deliveries after that, while pharmacies, clinics, vets, establishments selling food (up to 200sqm with entrance door facing the street), petrol stations and funeral homes are allowed to remain open throughout the weekend. A new revision of State of Emergency restrictions will take place on November 23.

Support made available or announced for the restaurant industry as a consequence of the crisis caused by the pandemic totalled 1,103 million euros, corresponding to around 60% of falling revenue registered by the sector, Portugal’s minister of economy said on Saturday at a press conference in Lisbon.

Chef Stanisic has said the government’s support for the restaurant industry is insufficient, however, pointing out that a large number of restaurants would go bankrupt.

Portugal saw the number of confirmed coronavirus infections hit a record high on Friday, with over 200,000 cases. Since the beginning of the pandemic, the country has reported 3,250 deaths and 204,664 cases of infections.