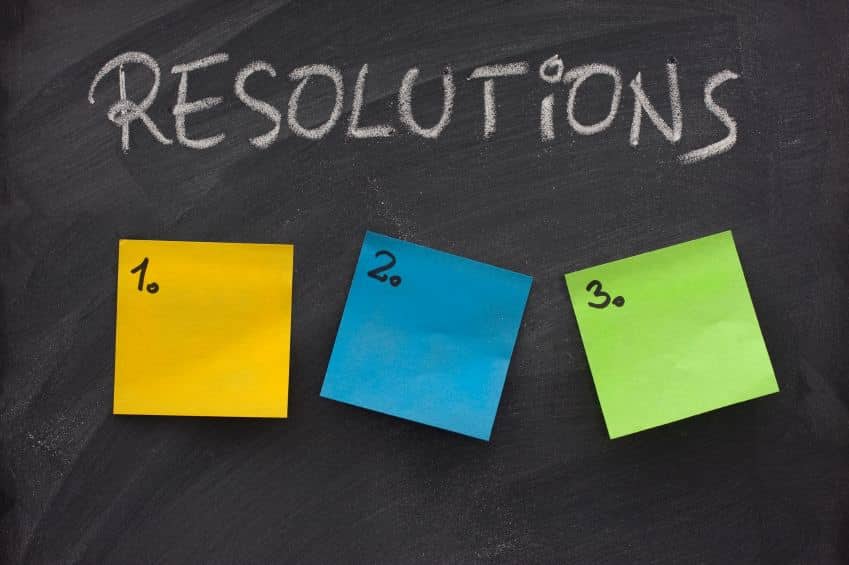 It’s been a couple of weeks now since we all resolutely decided to set some newish goals for the New Year of 2018. So how’s that going? My favourite conundrum is resolving not to make any resolutions, thus guaranteeing failure by having to decide in February that you really should balance your chequebook if not actually your budget for the coming year; or remembering to change the oil in the car regularly; or keep track of appointments; or … you get it.

Anyway, I’m going to try again and share with you some of my resolutions to make my year more successful, happy and healthy. Here’s a list of what I’ve promised myself to try to do.

1. See more in the Algarve. Now that I’m a resident, I’ve noticed that I get involved in everyday routine activities and end up spending time going to the store and not getting around to taking the dog for a run on a new beach. Winter is the time when dogs are allowed on most beaches, and with a couple of plastic bags in my back pocket, it’s a beautiful time, with (or without) a furry friend to keep exploring.

2. Join an expat group. Okay, I know most of you have plenty of friends, but that’s not the point. It can actually be fun to meet new people and share your experiences if you’ve been around for a while.

Now, ol’Pat is not the most patient guy when it comes to newbies asking questions like “What language is most spoken in Portugal?” or “Do they have banks or grocery stores or you fill in the blank in Portugal?” or “Would somebody please suggest where I should live?”

I think many of us have decided that Google could and should be referred to before one decides to move to a brand new country. That being said, it’s nice to know that you’re not the only expat who has to deal with a certain degree of culture shock.

3. Stop drinking for a month. Yes, that would include Portuguese wine, which is one of my favourite things about living in this country. White wine from Alentejo and reds from Douro are some of the best I’ve tasted anywhere, so yes, it’s a sacrifice; but it is also a very good idea. It only takes a month for your liver to rejuvenate and recover from drinking all of 2017. Many of my friends do this in January, ‘kinda’ like recovering from a holiday hangover, but my lovely wife and I do it in February. The shorter the month the more attainable a month-long goal.

Ol’Pat also tends to be a busybody and I enjoy recommending resolutions for other people. So here are some of my suggestions as to what others should resolve to do to make things better for all of us.

1. The government of Portugal should immediately rescind the tolls on the A22, if for no other reason than they promised they would when they campaigned and surprised people by actually winning the election a couple of years ago now. It would also enable my stay-at-home, budget-prudent friends to get from one end of the Algarve, say Tavira, for example, to Lagos in around an hour or less depending on how fast they’re willing to drive. Opening the A22 to “the people” instead of only “the elite”, will also get some of the traffic off the over-congested EN125, which has been nonchalantly nicknamed “the road of death” by the locals. Also the road has been paid for…

2. People should stop getting so blasted angry about certain topics that are really of interest to us all. There’s no such thing as a friendly argument any more. Recently, I had the audacity, as an American, to mention to a British friend of mine that I thought Brexit was a bad idea. He wasn’t peeved. He was red-in-the-face furious and actually shouted that I had no right to have such an opinion.

Okay, before you decide to whip off a Letter to the Editor demanding that ol’Pat be fired*, please try to remember that your friendly columnist is not alone when the election itself was decided by a 51% to 49% margin and the point of this proposed New Year’s resolution has to do with anger management. I’ll try and remember that when you suggest that Trump is a terrific president.

3. Please don’t tell anyone, who doesn’t already know, how nice a place the Algarve is. I’m afraid what a swell place the Algarve is to visit and/or live, with all that sunshine, scenery, golf and history, is no longer a secret. Every list on Yahoo or Facebook that you read these days about the best places to visit, live or retire puts good ol’Portugal at the top of the list, with the Algarve as one of the main attractions.

Any regular readers of the Resident (another good resolution if you’re not already) have probably noticed, while glancing through the real estate ads, that house prices are climbing at an alarming rate. Pretty soon, if you don’t already own a place, you might not be able to afford to live here any more. As a journalist, I’m not submitting any travel articles that might tip anyone off to how good we have it.

*If you do want to get in touch with me, please post your email to patattheresident@gmail.com. Believe it or not pattheexpat was taken. I welcome comments and particularly suggestions for future topics. Please keep your emails brief because ol’Pat is old and my attention span isn’t what it used to be.