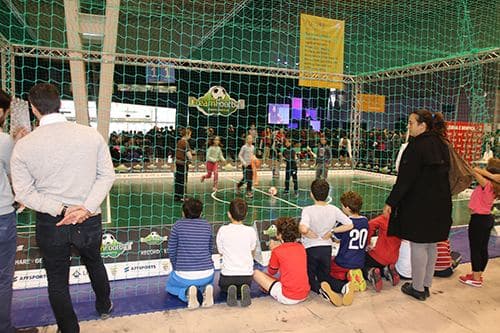 Residents in the Vila Serena residential area of Praia da Luz have been left baffled by the erection of a second communications mast near their homes.

The new mast, which has been installed in the middle of a roundabout just 40 to 50 metres away from another one put up last year, is causing great distress among local residents.

They have previously fought to win the right to have the first mast erected close to their homes removed, however, a year later it is still there.

Local resident Luís Cardoso told the Algarve Resident how he and other residents had been working to have the mast placed last year removed: “We received a letter from Lagos Câmara declaring that the mast would be removed from where it currently stands.”

The registered letter from Lagos Câmara stated that “it is with compliments that the President of the Câmara informs you that the equipment referred to (the antenna) will be removed.”

The antenna was due to be taken down in May 2010 but it is still there.

According to residents, Lagos Câmara had sent an order to Telcabo, the communications company responsible for the placement of the mast, to remove the mast within 15 days.

Meanwhile, the second communications mast, which was erected nearby early this month, has been disguised to look like a giant palm tree.

Luís Cardoso added: “I am not happy and neither are the residents of the area. We wish we didn’t have any masts here but now we have two! I do hope the original one is removed very soon as per the Câmara’s order. I was informed by the workers that the mast is coming down as it was planned, but we don’t know when.

“This new mast in the shape of a palm tree is not so aesthetically bad, but it is double the size of the previous one. We are not going to protest against this one because it is not worth it. It would involve courts and lawyers and we would not win the case this time.”

Local resident John Dickenson told the Algarve Resident: “The fake palm tree that they have put up in the roundabout is twice the height of the antenna that they will take down.

“Placing it in the centre of a roundabout is also not the best of ideas as it is more likely that people will crash into it there.”He added: “While it is a good idea to try and disguise the antenna, it is so huge that it almost needs a warning on top of it to stop planes crashing into it.  It really is ridiculous and looks absolutely obscene.”

Lagos Mayor Júlio Barroso told the Algarve Resident on Wednesday: “The mast erected in 2010 at Vila Serena was ordered to be removed as it was too close to houses and was not licensed. The new mast is to replace the original one and has now been installed in a nearby roundabout. It is licensed and follows all the legal requirements.”

The Mayor went on to say that if Telcabo does not remove the original mast in the coming days, then Câmara employees would do it themselves.

The Algarve Resident tried to obtain a comment from Telcabo, but no one was available at the time of going to press.
1″>news