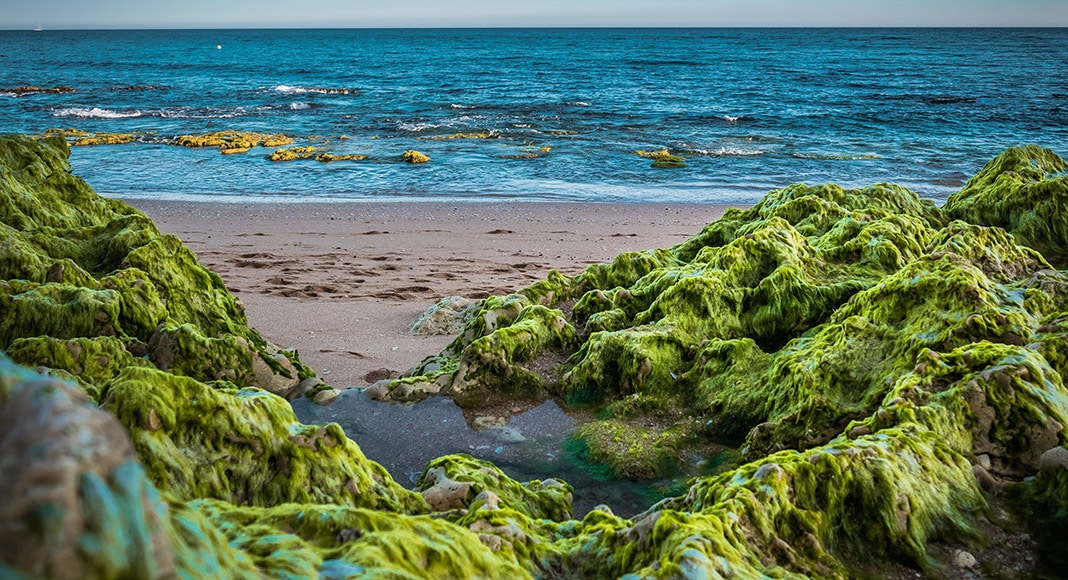 Researchers at the University of the Algarve’s Centre for Sea Science (CCMar) have created an online platform that allows citizens to report on large amounts of seaweed that they find in the water or on the sand at Algarve beaches.

“If you’re at the beach and you spot large amounts of seaweed in the water or on the sand, let us know! We’ll use that info to monitor the situation,” the researchers say.

The platform, named ‘Algas na Praia’ (Algae at the Beach), allows citizens to inform the researchers about where and when they found the excessive amounts of algae through a digital form, available in Portuguese and in English. Citizens are also asked to provide a photograph of the seaweed.

Explain the researchers: “It’s normal to find seaweed on the beach! But too much seaweed may be an abnormal situation resulting from excess nutrients from urban effluent discharge or fertilisation in agriculture. When seaweed grows in excess, they can harm biodiversity, fisheries and the environmental quality of the beach.”

Hopes are that the project can help establish how these species are created, what impact they have and if they are accumulating more or less frequently.

“How concerning the problem is depends on the species that is causing these accumulations (of seaweed),” said UAlg professor and CCMar researcher Rui Santos.

“One of our biggest concerns at the moment is the excessive accumulation of invasive algae, as they can have a very negative impact on the native species of our coasts,” he explained.

Although the researchers are not directly responsible for removing the seaweed from the beach, “they will identify the relevant authorities whenever it is justifiable”.

Removed seaweed will also be studied and used, if possible, to create a new “food supplement” as part of the Nutrisafe project.

Dina Simes, the professor and researcher in charge of the project, explained that some algae species have “anti-inflammatory” benefits and can also improve vascular and pulmonary health.

“They can be used in food supplements which help reduce co-morbidities associated with aging and chronic inflammatory diseases,” Simes said.