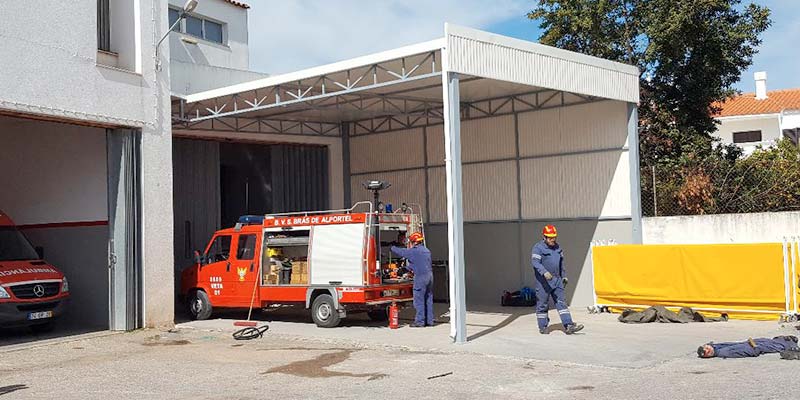 A combination of local charities has seen one of their projects come to fruition.

At the end of August 2018, three local charities joined forces to kickstart an important project for the Bombeiros in São Brás de Alportel. The three charities are Santa Barbara Smile, The Angels Theatre Group and Helping Hands in The Algarve. They combined resources to help the Bombeiros in São Brás de Alportel to create a new building extension to wash rescue vehicles under better and safer conditions, to reduce the risk of cross infection after use.

Last August, Lynda Fury, representing Santa Barbara Smile, handed over €1,000 and The Angels Theatre Group represented by Marion Griffiths donated €1,500. The Helping Hands in The Algarve charity, represented by Christine and Richard Brice and Marj and Roger Marshall, contributed €2,000. The funds were gratefully received by Vítor Martins (Comandante), Custódia Reis (Presidente) and Alex Barcia (Vice Presidente, who acts as liaison between the charities and the Bombeiros).

The extension is now complete and is in use to wash rescue vehicles and ambulances in much improved and healthier conditions.