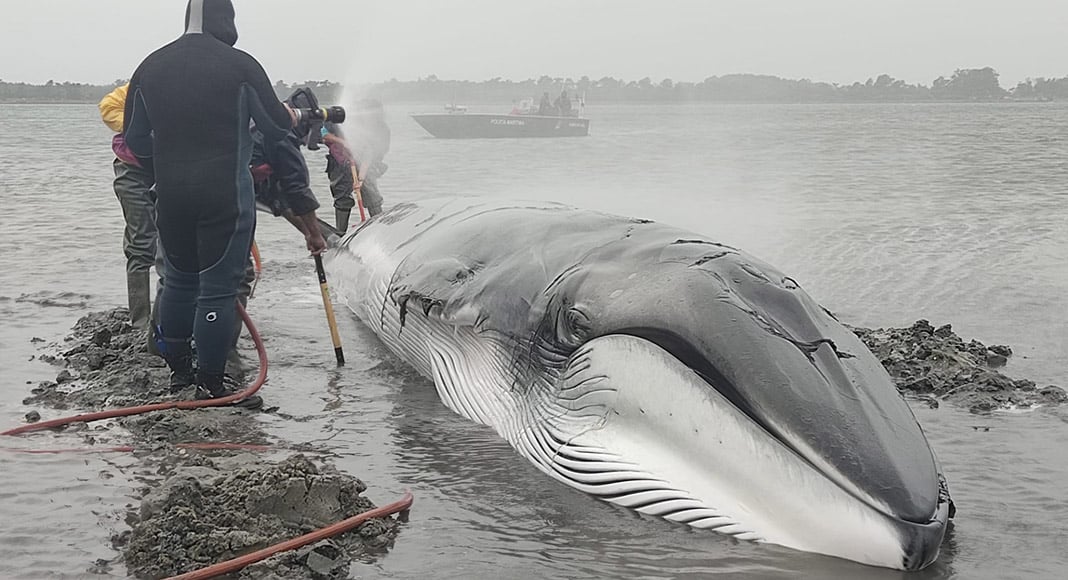 A 13-metre whale discovered ‘beached’ on the banks of Aveiro river on Monday morning was sadly pronounced dead today after locals and various authorities battled in vain to keep him alive long enough to use the high tide to swim back out to sea.

Rescuers worked on the whale until early yesterday evening when weather conditions and the rising tide made further efforts impossible. They hoped for a ‘happy outcome’.

Sadly, the whale’s carcass was discovered early this morning.

It’s unclear what caused the animal to become stranded in the first place, but rescuers suspect he was unwell.

Indeed one expert writing on Facebook as the battle was underway to keep the whale alive warned that it was very likely to fail.

These large creatures are not designed to survive outside of the water where the mere force of gravity causes their body weight to crush internal organs.

A necropsy will now take place, to try and discover what caused the whale to act in this tragic way.