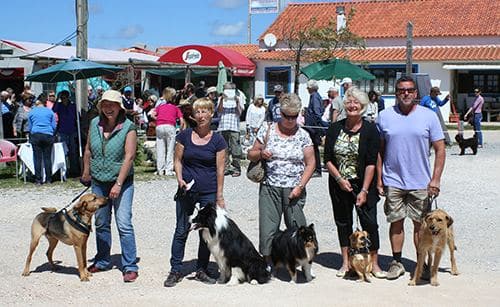 David Thomas is a former Assistant Commissioner of the Hong Kong Police, consultant to INTERPOL and the United Nations Office on Drugs and Crime. He has recently formed ISECA, the Independent Security Agency here in the Algarve, to help authorities and the community prevent crime. This is his first in a series of articles about crime prevention.

I am writing this article in some trepidation as after its publication I am going to be swamped with enquiries asking for help concerning this matter. Safe Communities Algarve is not able to refer cases to the police nor indeed intervene in this process. However, understanding the process can make life simpler if you become a victim.

I have been contacted by a few residents in the last month concerning difficulties in reporting crime mainly concerning the understanding of the process.

In some cases, these have arisen from contractual disputes where it is suspected that a contractor has taken something from a property because allegedly he has not been paid by the property owner or because other services have not been paid for.

These can be quite complicated issues establishing ownership of the property at the time it was taken and therefore lawyers usually become involved.

However, for straight forward cases, crime reporting should not be overly complicated provided you understand the process.

The following gives a brief outline of the process using as example property crime. I emphasize this is only a general guide and, of course, the police and the courts are the authority for explaining and carrying out the process.

In the event of a burglary, as the owner of the house discovering the burglary, the first step is to telephone the police at the nearest police post or 112 in case of an emergency informing them in as much detail what has occurred. If the culprits are still around it will be treated as an emergency. If not, the police will respond as soon as they can, given their other priorities – for instance dealing with emergencies.

When the police team arrive, they will determine whether or not the nature of the crime and the crime scene warrants the searching for fingerprints and other forensic evidence.

I can assure you that unlike the fictitious TV programmes, such as CSI, fingerprints cannot be taken from certain materials like stones and clothing, nor would it be practicable to attempt to do so especially in scenes which have contaminated.

Another myth is the use of CCTV as, in most cases, the image quality is too low for facial recognition. In the event that you think your CCTV has captured the image, this should be mentioned to the police and they will follow this up with the security alarm company.

If you require a Certificado (certificate) for insurance purposes you can request this, although you will need to pay a small amount for this document.

A crime report can be obtained upon application to the courts through a lawyer.

The tenant can request a Certificado for items owned by them which were stolen but not for items that belong to the owner – this is the owner’s responsibility.

If you as an owner are overseas and you require a Certificado and cannot return to Portugal within a period of six months from the date of the complaint, then you can obtain one through engaging a legal representative.

The property management company cannot do this on your behalf. If in the event of the death of the complainant during this period, dependents can request this down to second generation level.

In cases where a neighbour, gardener or contractor discovers a break-in, they can make a complaint to the police and the police will contact the owner if their whereabouts are known.

In cases such as where a builder discovers equipment belonging to him missing from the site, then he can make the crime report providing details of the items stolen and request a Certificado.

In making a complaint you may be asked if you know details of the suspect. Great care should be taken in providing a suspect’s name unless you have evidence to prove this.

As a result of providing a name, it can result in the suspect being classed as an arguido and in the event this is subsequently found not to be the case, the suspect has rights that can include taking action against the complainant. Legal advice in this respect is important.

After a complaint is received, the police must refer to the courts within 10 days although this can be extended by the court if there are reasons to do so – for instance the case is taking longer to investigate.

The police then have six months to investigate the case. During that period it is not the practice of police to inform you of progress, but this should not be construed as “nothing is being done”. If during that time you as the victim obtain additional information about the crime then you need to go to the court with the crime complaint number, and the court will then refer information to the police.

After six months, as the complainant you will then receive notification from the court informing you the case has been closed. If after this period, additional information comes to hand, the case can be reopened upon application to the court.

In making a complaint, you are required to have proper ID which for a foreigner is a passport or Residência. Driving licences are accepted but this is not preferred in practice.

A tip is to keep photos and records of valuable property including the serial number of electrical items as this helps in the tracing of such items if stolen.

Safe Communities Algarve publishes this on the best of its belief the information is correct. If there is any doubt when reporting crime, it is best to clarify the process directly with the police or if need be a lawyer.