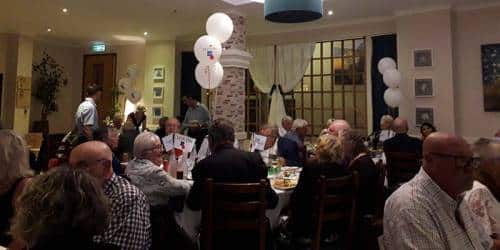 Fifty guests at a remembrance dinner marking the 100th anniversary since the end of WWI helped raise €724 for the Royal British Legion’s Poppy Appeal.

The western Algarve section of the Royal British Legion Portugal hosted the dinner at the Hotel Belavista in Praia da Luz, with the theme ‘Thank You!’ to recognise the sacrifice of the fallen in what is known as The Great War.

Sue Salisbury-Howe, who organised the event with her husband James, told us: “The tables were dressed with balloons and poems of remembrance, especially the very moving poem “The Poppy – I am Not a Badge of Honour”, which was written by Paul Hunter, a joiner from Benton in Newcastle.”

The evening was opened by Alun Roberts with his welcome/remembrance speech, followed by a minute’s silence.

An auction and raffle were held following the dinner, with a ‘mystery envelope’ – a travel voucher from PDM Travel to the value of €50, which was won by Tim Prowse from Aljezur.

Guests then danced the evening away to Nigel and Sarah from Collar and Cuffs who donated their time for the evening. 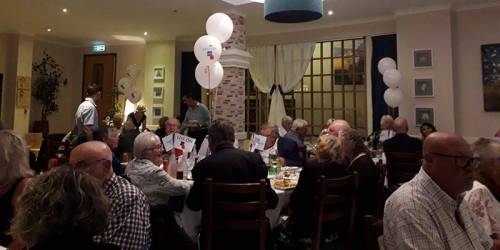 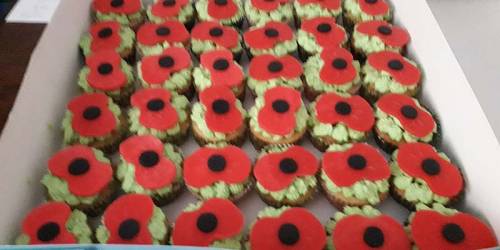 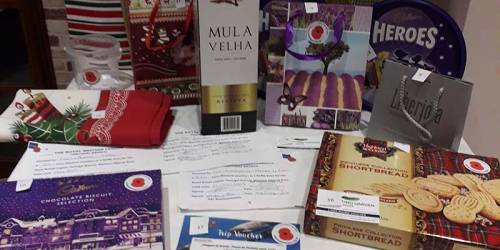