Mini pulls a rabbit out of the hat and pays tribute to one of rallying’s greatest figures you have never heard of. Well, dear reader, it’s never too late to learn.

I remember the first time I drove a Mini John Cooper Works. It must have been 2011 or 2012 and I was at the early stages of my life as someone who writes about cars.

It was, at the time, one of the best things I had ever driven. Maybe not in purely objective terms but, as a rush of adrenaline, it was close to unbeatable.

The second generation of the new Mini is still my favourite and the John Cooper Works version came with a Peugeot-sourced 1.6 litre four-cylinder engine pumping out 211 horsepower and a six-speed manual gearbox. The Peugeot unit was amazing, with a fabulous appetite for revs and a sweet noise that encouraged a worrying disregard for speed limits. As for the gearbox, it was on the same league as the engine – meaning the driving experience was like nothing else. 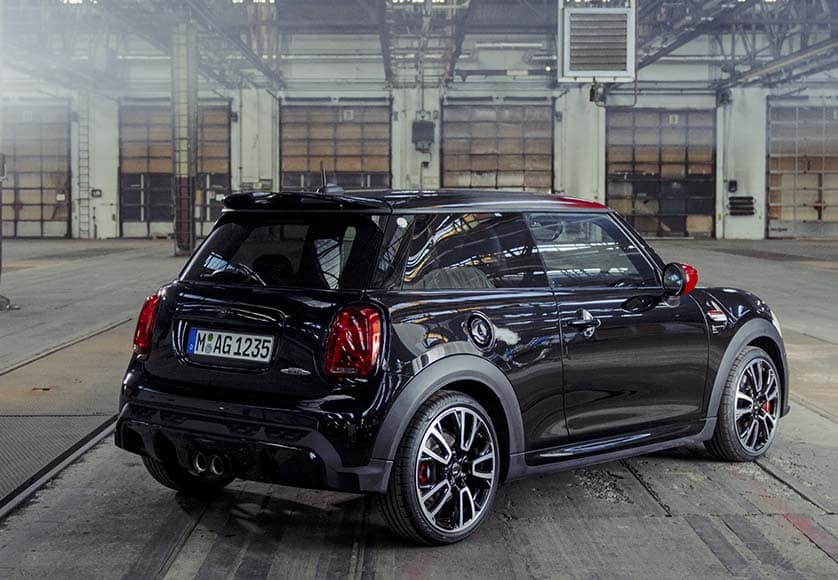 The Cooper Works was a grown man’s toy, pure and simple, but a difficult car to use as your daily driver. It was quite stiff and very nervous, making it perfect for weekend blasts but only suitable for Mini die-hards as an everyday runabout.

Fast forward one decade and almost everything has changed. That characterful, yet flawed, machine is but a nostalgic memory.

The Mini John Cooper Works of 2022 is a thoroughly different car from its predecessor. That means a whole raft of newfound qualities but also a loss in terms of every kilometre feeling special.

The JCW is now powered by a 2.0 litre BMW engine, the same you will find in many run-of-the-mill Bavarian models. Producing a very healthy 231 horsepower and mated to an automatic eight-speed gearbox, it is not a grown man’s toy anymore, but a very grown-up car instead, one that ridicules old Minis’ build quality and comfort levels.

This is a car that is perfect for daily use. Comfortable, practical, with loads of torque from the engine (the old Peugeot unit needed much more revs to offer the same kind of performance) and an ease of use that has more to do with what I have come to expect from a BMW than those first Minis I drove, which were a lot more frantic. 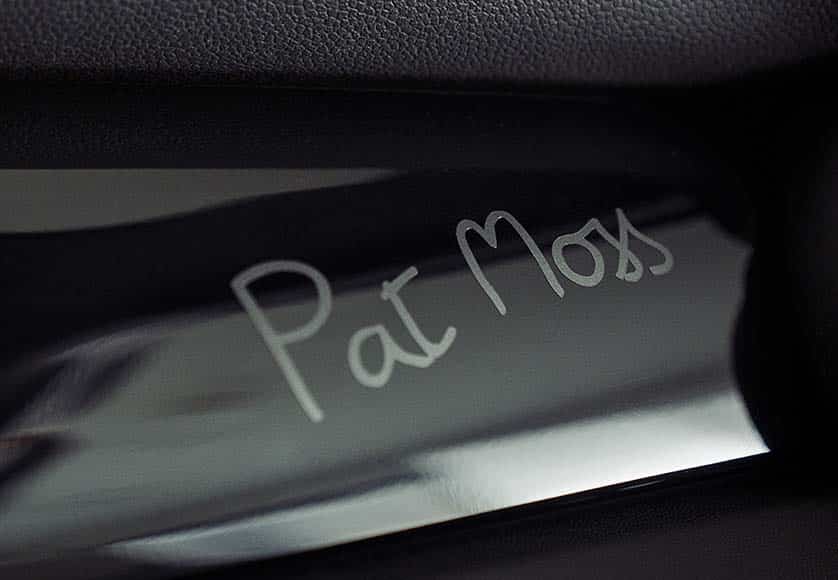 You know what I am going to say next: I miss some of that old crazy character these cars used to have, which made them a lot less usable, but a lot more memorable. However, I guess I am in the minority, as Mini’s focus groups and customer clinics must have told them this is what the customer wants nowadays.

And, honestly, I don’t blame them. This is a terrific car and because it works so well as a daily, you can use more of it more of the time and that must be the most important element in any car, more so one that offers so much performance and excitement.

However, the most interesting thing about the €50,000 JCW I drove is the fact it is a special edition dedicated to the life and racing achievements of one Patricia Moss, aka Pat Moss. Younger sister to racing legend Sir Stirling Moss, and wife to Swedish rally driver Erik Carlsson, Pat Moss won three international rallies overall and took to the podium another seven times.

Moss won the Ladies European Rally Championship five times and, in 1962, she became the first driver in history to win a Rally in a Mini, beating the competition to take victory at the Tulip Rally in the Netherlands, among an entry list of no less than 144 cars. Funny fact, not only was she faster than some big names in motorsport like Rauno Aaltonen, Joachim Walter or Gunnar Andersson, she beat her soon-to-be husband as well. 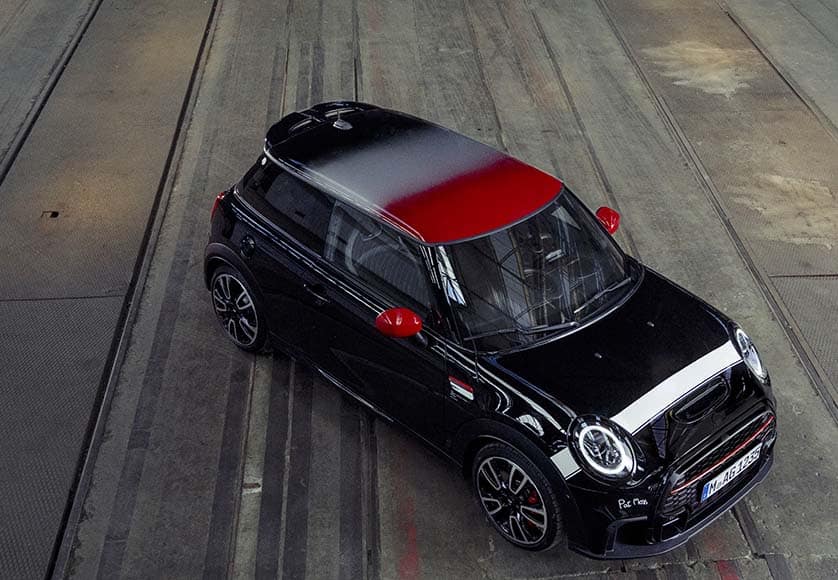 Ann Wisdom, Moss’s co-driver, retired from her racing career at the end of the event as she was pregnant with her first child. And get this: the father was the rally’s runner-up, Peter Riley! You can’t make this stuff up.

The Pat Moss edition comes with a series of details that set it apart from standard JCW models, such as the tulip motif throughout the car, the white line across the front hood with the entry plate of Moss and Riley’s Mini 737 ABL or the inscription on the door sills Noordwijk-Monte Carlo-Noordwijk 2500km, a reference to the Tulip Rally route.

Pat Moss’s signature can be seen on the front bumper and in front of the passenger on the dashboard, whereas a stylized representation of the engine’s pistons by the left side of the steering wheel shows an ‘M’ and a ‘W’, for Moss and Wisdom.

I was surprised to see Mini coming up with such an homage model, but genuinely happy that they did. I hope it brings the name of this pioneering driver to a younger generation and that they understand that the Mini rallying story began with these women in 1962.

Two years later, Paddy Hopkirk turned this tiny British machine into a legend when he won the most famous rally in the world: the Monte Carlo. A Mini would go on to win overall twice again in 1965 and 1967. 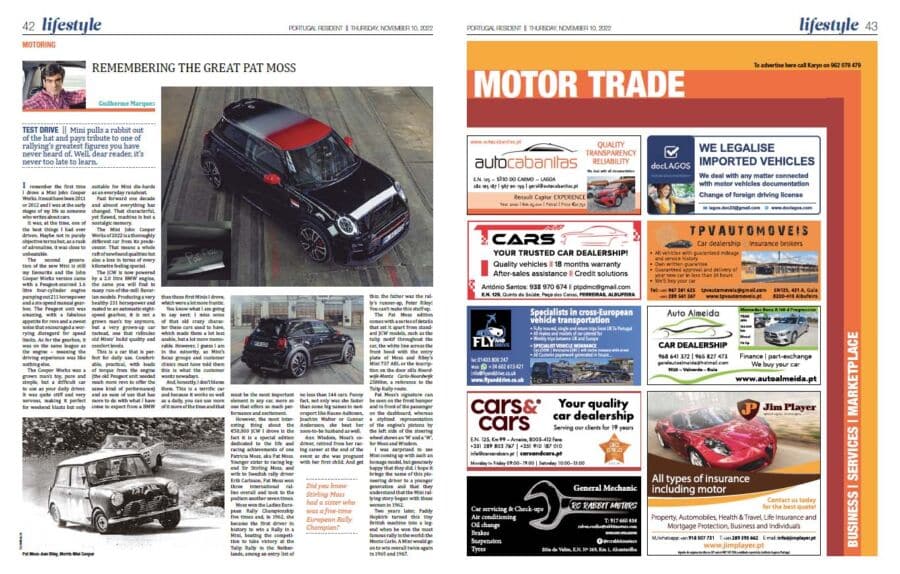