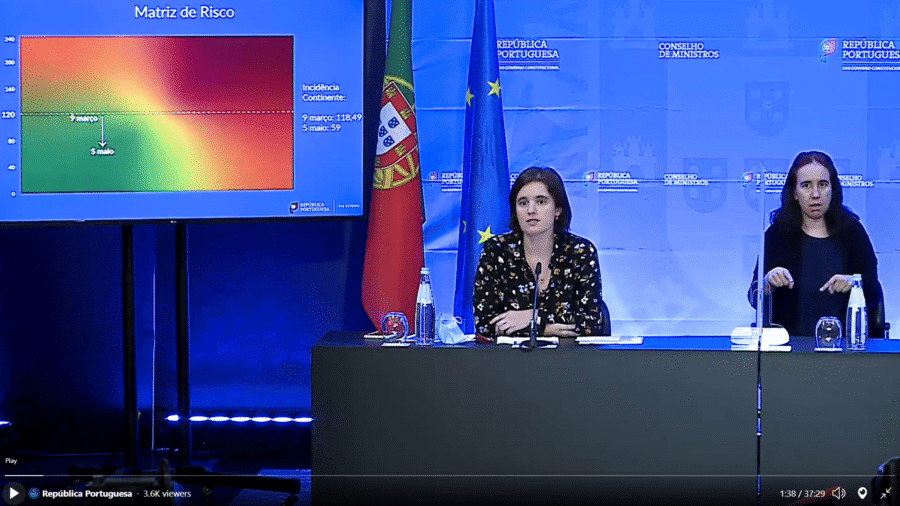 The hamstrung borough of Portimão has heard today that it is joining the rest of the country in terms of deconfinement.

Cafés, restaurants and shops can reopen their doors; malls can finally start trading again: life can recover a semblance of normality, and the crippled local economy can start the long, hard road to recovery.

Other boroughs released from their level of restrictions are Aljezur, Miranda do Douro and Valongo.

Odemira remains with its two ‘sanitary cordons’ around the parishes of Almograve and São Teotónio, but incidences of the virus are falling all the time so restrictions are slightly less draconian. People are to be allowed in and out of the borough ‘for essential reasons’, including work.

Otherwise there are still a very few boroughs that are not keeping up with the national picture.

Cabeceiras do Basto, for example, has had to ‘take a step back’ (to deconfinement stage 3 in which restaurants and cafés cannot allow people inside), Carregal do Sal, Resende and Paredes have ‘stayed where they are’ (which is deconfinement stage 2 for the first two, and stage 3 for Paredes).

Measures now are being analysed by the week (not every two weeks as was the practice previously). Prime minister António Costa did not present the changes today; the job was left to minister for the presidency Mariana Vieira da Silva who stressed the improvements generally that Portugal has made.

“In two months, number of incidence have reduced by half, going from 118.49 to 59 per 100,000 over 14 days. It’s a sign of a pandemic controlled, notwithstanding the existence of outbreaks in some areas”, she said.

Twenty-three boroughs however remain on a state of alert: meaning if their numbers do not reduce they too risk new restrictions.

The changes come into effect from Saturday – meaning Portimão’s restaurants can at last fling open their doors for weekend trade after three bleak weeks in the cold, and welcome diners back inside until 10.30pm everyday.