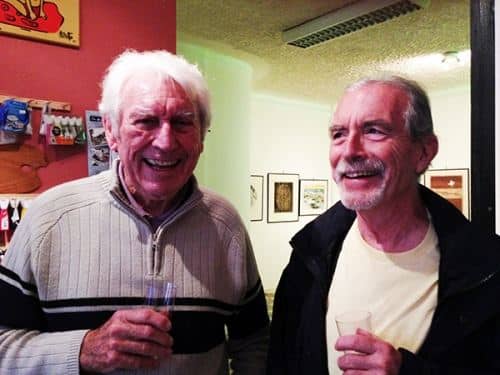 Relatives of artist Glyn Uzzell and his long-time companion Paul Fonck were joined by friends of the two men on Wednesday for a quiet ceremony in the grounds of the couple’s devastated home near Caramujeira, Lagoa.
It is understood the men’s ashes were scattered as people who knew and loved them had another opportunity to pay their respects.
An earlier service was held on Monday in a small church near to where the men lived – a week to the day after the massive explosion that ripped through their home, killing them both outright.
A gas leak is thought to be behind the explosion though this has yet to be fully confirmed by Lagoa’s civil protection authority.
Photo: BJ Boulter